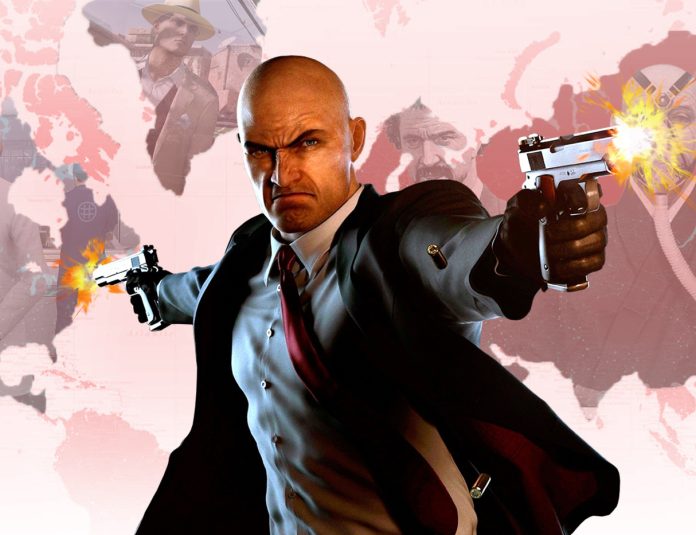 IO Interactive developed Hitman games, which is a stealth-based video game. The hitman video game is a series consisting of 8 games. The first ever hitman game, Hitman: Codename 47, was released in 2000, and the most recent part is Hitman 3, released in 2021. The game series has been around for nearly two decades. Although Hitman is a third-person stealth game, some parts also give you the option of playing in the first-person mode.

The central theme of this game is assassinating the targets without being detected. You must complete the task in stealth or ambush mode for most of the game’s missions. There are many options for eliminating your target without being noticed. You can try silencing weapons to suppress gunshot noise or take out all the enemies one by one and put their dead bodies somewhere hidden. For some tasks, you even have to disguise yourself as the guard or employee of your enemy.

Hitman: Who is he?

A hitman is an assassin genetically modified to be superior to other assassins. The reason he was altered into a sneaky dangerous beast is to make him obey orders. He was genetically engineered into an emotionless and cold-blooded contract killer who his bosses could easily control. Wearing hi-tech glasses, genetic engineering also boosts his skills, intelligence, and physicality.

In short, he was designed to be the most superior assassin for eliminating the most dangerous enemies without leaving a clue behind. Throughout the series, the Hitman has been given the codename of Agent 47.

Hitman 3 is the latest part of the Hitman games. This was first revealed for The PlayStation 5 in a reveal event. Later, the game was released for Microsoft Windows, PlayStation 5/4, Xbox, Stadia, and Nintendo Switch. The game was titled Hitman: World of Assassination for the Stadia platform and is playable on Nintendo Switch using cloud streaming.

It revolves around the character of Agent 47, who is missioned to kill providence leaders. Providence is an organization that was manipulating the world’s power. Hitman 3 is very similar to Hitman 2 because it is not episodic. You have the option to carry over the progress from the previous releases.

Praise has been given to the Hitman 3 primarily because the map includes Dubai, Germany, China, and Argentina. The option of permanent shortcut, VR mode, and additional weapons and disguises are other attractive features loved by the reviewers.

In Hitman 2, Agent 47 joins ICA to find the mysterious ‘Shadow Client’ identity and take out his militia. Providence assigned the task and ordered the elimination of all militia of the ‘Shadow Client’. Agent 47 was concerned about why Providence was after the Shadow Client.

Fans celebrated the release of Hitman 2 because the progression is different in this part. Agent 47 has to gain some control first in areas where he commits the assassinations. Another major thing was the option of an online co-op gameplay mode.

The Hitman 2016 began a new trilogy named World of Assassination. Hitman went to the ICA, where Diana met him and informed him about her designation in the organization. Agent 47 took training in the ICA and began his career as an assassin. The Shadow Client hired ICA and Agent 47 to eliminate Providence.

Fans of the Hitman games series welcomed Hitman 2016 because the game is in sandbox mode, where players have the power to save the game whenever they want. It allows you to smuggle weapons. Elusive Target contracts have been introduced where you only get a single chance to take out the target.

Hitman Absolution was released in 2012. Agent 47 receives a contract for killing Diana, who is his previous handler. The bounty on Diana was because she sabotaged the databases and funds of the Agency. Later, Agent 47 learned that Diana was actually protecting another genetically engineered woman named Victoria, who was being raised and trained as an assassin. In the Hitman Absolution, Agent 47 and Diana desire to stop the Agency from turning Victoria into a cold-blooded and violent assassin.

Several new features were introduced in this game and praised by the players. The reaction of the crowd has been changed in this part. They will alert the guards in case of any violence. In the previous parts, Agent 47 had to use coins for distractions, but now he can use melee weapons, bricks, bottles, or even turn the radio on for distraction.

Agent 47 can now use the surroundings to hide. For example, he can pretend to eat doughnuts while disguised as police, making a fool out of the enemies. The ability to hold the breath inside water was introduced in this part.

Reviewers loved this fascinating game because of improvements like the ability to climb, combat without a melee, the ability to hide dead bodies, and the system of notoriety where concealing yourself is impossible unless you reduce the notoriety levels.

Many improvements like a remastered AI system for the NPCs where it becomes more difficult to fool them and the availability of improved maps along with various animations have made this part loved by many players. The graphics are made very good compared to previous releases.

Resuming from the previous game, Agent 47 has retired from ICA and begins a new peaceful life. Soon he realized that one of his friends needed his help, forcing Agent 47 to rejoin the dirty path he left. He attempts many assassinations to save a friend who the assailants kidnapped.

Silent Assassin had a good fan base because it introduced a rating feature for your playing style. You could also see the real-time movement of NPC on your map, which changed the whole playing experience.

The AI system was improved, and you now had the option to incapacitate the enemy instead of killing them. You can now have multiple approaches and outcomes for the missions for the first time in the Hitman game.

This part was released for the Windows platform, and this part started the series of Hitman video games. The story focuses on how Agent 47 escaped his creator and joined ICA. While there were many stealth games before Codename 47, this part was different because it allowed you to blend among the people using disguises to gain access to areas where the general public is not allowed.

Codename 47 is considered the first game that used ragdoll physics and advanced cloth simulation for realistic graphics. Codename 47 ends with a cliffhanger, leaving you curious. You need to skip to Hitman: Contracts to find out what happened. The  Entertainment and Leisure Software Publishers Association (ELSPA) awarded Hitman: Codename 47 with silver, indicating that at least 100,000 copies were sold in the United Kingdom.

Hitman was a revolutionary breakthrough in stealth-based video games as it was very different from other stealth-based games. As Hitman games became popular and a majority of players loved the plots, new parts started to come along, making Hitman a video game series consisting of eight parts. This long journey from old fashioned game to an AI-based Hitman 3 with improved graphics and improvement took about two decades. The reviews of all Hitman parts were beyond satisfactory.