Google has launched the Android 13 Beta 1 for the supported pixel devices. Beta 1 arrives after the company launched two developer previews – First in February and the second in March. The company has launched the Beta version early as compared to last year and if it goes this way then we might see the stable Android 13 release much early as compared to it’s predecessor. Google will release four betas before the stable release of Android 13 and this is the first beta of the four.

The beta version of the OS includes early access to the features that are likely to come in the stable release which will launch later this year. Some of the new features in this beta version are an improved photo picker, notification permission, support for themed icons, a per-app language options and much more.

On paper Android 13 is an incremental upgrade over Android 12 and visually it looks very similar to it’s predecessor. In Beta 1 Google’s main focus is on the privacy and security of users. This time the company has included granular permissions for media files. Granular permission means users now have to grant storage permission separately for each media type instead of just giving media permission to storage access. However, users have to give single permission if an app is asking permission for both image and video files for storage in the internal memory. This feature would give users more control over the privacy and type of media files they want to store. 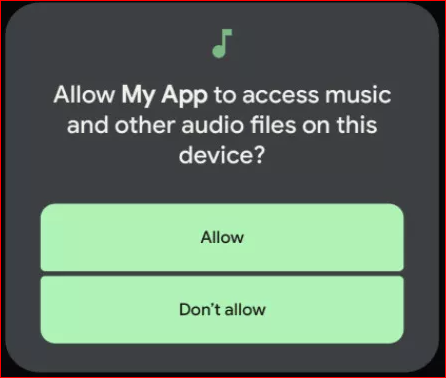 There are also some developer-only focused features in Beta 1 like improved Keystore and key mint error reporting. Google also added some API in the OS that can allow Android 13 to check if the OS can play the audio file via connected devices without any changes. Through this media app, developers can now decide the suitable format for their audio.

The company will give more insights about the Android 13 at its Google I/O 2022 which will happen in May. However, it is expected that this Android version will reach users much earlier than expected given it’s shorter developer preview period.