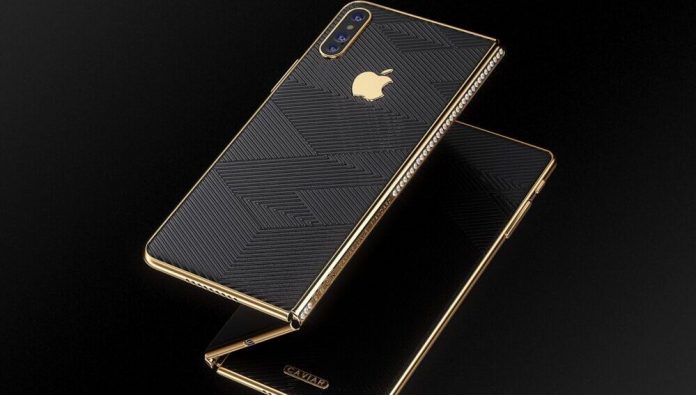 As many OEMs are making a foldable smartphone, smartphone giant Apple might be a very unique plan to enter the new form factor. Apple recently registers a patent for a smartphone with a folding display. The unique thing about this patent is that this foldable smartphone has a self-healing display. Meaning it will automatically repair all the scratches and dents on the display.

The news came out as the patent appeared on the Patently Apple and it was initially filed by the tech giant in January this year. The patent shows a smartphone with a foldable display, that itself repairs scratches and dents on the display without any intrusion from the user.

Apple uses a technology through which heat, electricity and light will be used to repair the protective layer on the display. The process of repairing takes place when the device is plugged into a charger for charging. Users can also schedule the whole process according to their desired time.

The patents report that the smartphone’s hypothetical display will lose and recover its shape. It is done to keep the structure of the display safe. Additionally, it will also make the display of the folding device more durable.

This is not the new concept as previously LG tried it and it didn’t go well eventually, they have to stop the project. LG introduced LG G Flex back in 2013 which is able to repair minor scratches on its cover display. The device didn’t perform well through its live testing.

Apple just registers a patent and it is not yet confirmed whether they are making the device or not. If they are developing this technology then still it will take a few years to become perfect and commercially available. Don’t expect this device to come out before 2022, if it is in development.