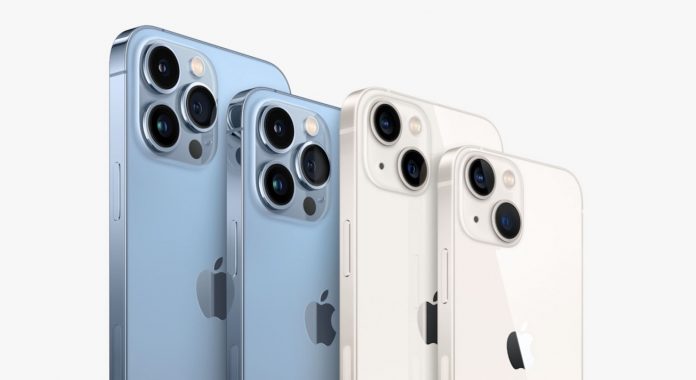 Apple sold the most smartphones worldwide in Q4 in 2021 according to research firm Canalys. Apple took first place in the list of global smartphone vendors in Q4 with a 22 percent market share beating the likes of Samsung, Oppo, Xiaomi, and Vivo. The company achieved all this despite global chip shortage, supply chain issues, and rising coronavirus cases worldwide.

Canalys reported that Apple beats Samsung in the Q4 of 2021 in terms of smartphone shipments worldwide. The Cupertino-based smartphone manufacturer took the first spot due to the strong demand for the iPhone 13 series. The report states, “Apple saw unprecedented iPhone performance in Mainland China, with aggressive pricing for its flagship devices keeping the value proposition strong.” The company also faced supply chain issues caused by the global pandemic due to which it has to cut production. There were also late deliveries and increased waiting time in some markets but still, the company managed to outperform its competitors.

Almost every year, due to the launch of the new iPhone in Q4 Apple manages to gain the top spot in global smartphone sales in that quarter. The world biggest smartphone OEM, Samsung, gained the second spot in terms of smartphone shipment in Q4 of last year. Samsung managed to acquire a 20% market share of smartphone sales in Q4 of 2021. Samsung gained market share last year as compared to Q4 of 2020 where it only managed to achieve 17 percent share. The rest of the three spots in the top five are owned by Chinese manufacturers Xiaomi, Oppo, and Vivo with 12%, 9%, and 8% market share respectively.

Bloomberg reported last month that Apple informed suppliers that the company did not assume that users will show more interest in buying new iPhones due to waiting time. The report also states that Apple expects supply chain issues will be back to normal in 2022. Bloomberg also reported that Apple did cut iPhone production by 10 million units due to ship shortages and components shortages.