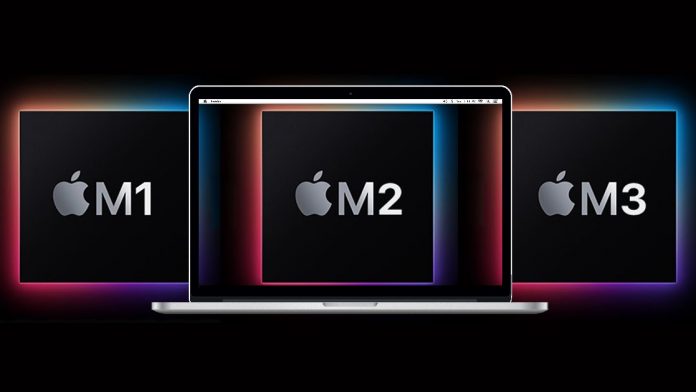 The M2 family consists of three chips – standard M2, M2 Pro, and M2 Max. And a report from Mark Gurman says that Apple is currently testing around nine new Mac devices with M2 chips. Some of them include the new MacBook Air, Pro, and Mac minis. We may see some of them going official in late this year.

So far, Apple ditching Intel chips for it’s Mac lineup seemed good, as the company’s in-house made processors – the M1 family are giving a better performance than the Intel high-end variants. With this scope, Apple is making the next generation of these chips – the M2 family to make it’s Macs more powerful.

As per Bloomberg’s Mark Gurman, Apple started testing around nine new Mac devices with these upcoming M2 chips. One among those is a new MacBook Air, running on a vanilla M2 chip that possesses 8 CPU cores and 10 graphic cores (up from the current 8 GPU cores in a standard M1 chip).

Earlier leaks suggested this MacBook Air will come with a revamped design, including a thinner frame, support for MagSafe charging, and more ports. Two other devices in the current testing phase maybe a couple of Mac minis – powered by a standard M2 and M2 Pro chips.

Further, there’s an entry-level M2 MacBook Pro with the same specifications as the above new MacBook Air, above mentioned.

Apple is preparing to release two new variants of MacBook Pros this year – varying in sizes like 14″ and 16″ respectively. These devices reportedly come with 64GB RAM and are powered by the M2 Pro and M2 Max (has 12 CPU cores and 38 graphics cores, up from 10 and 32 in the current models).