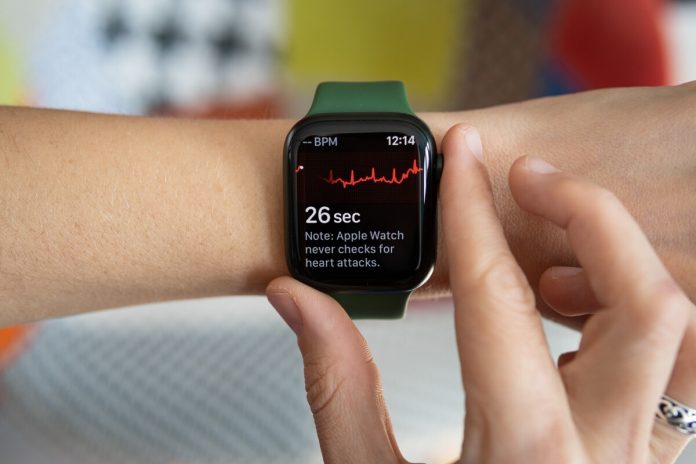 After reports from The Wall Street Journal and Bloomberg quoted, a renowned analyst says that Apple Watch Series 8 may come with body temperature measurement support.

This feature was supposed to be available in the Watch Series 7 itself but wasn’t shipped since the concerned algorithm failed to qualify Apple’s standards. But now, the upcoming Apple Watch Series 8 may have it, considering the improved technology.

Apple Watch series are some of the finest smartwatches in the industry today, having a bunch of health and connectivity features to help us in our day-to-day lives. Adding to the top of this is a body temperature measurement feature, which will let users check their body temperature regularly.

This support was previously touted to come in the Apple Watch Series 7 but was dropped before shipping. That’s because the concerned algorithm for checking the body temperature has failed to “qualify before entering EVT stage last year”, said a renowned analyst named Ming-Chi Kuo.

Yet, he said this could be coming to the Apple Watch Series 8, “if the algorithm can meet Apple’s high requirements before mass production.” He stated that a smartwatch can’t support the core temperature measurement in terms of hardware, so it better be having an excellent algorithm to work together, for finding the right values.

Thus, hoping that the body temperature measurement algorithm qualifies Apple’s policies, it should be coming in the upcoming Watch Series 8. Apple is expected to launch this new generation of smartwatches in the second half of this year, maybe alongside the new iPhone 14 series.

Kuo also said that Samsung Galaxy Watch 5, scheduled to launch later this year, might not have the body temperature measurement support due to algorithm limitations. This is contrary to what some media outlets have previously reported.