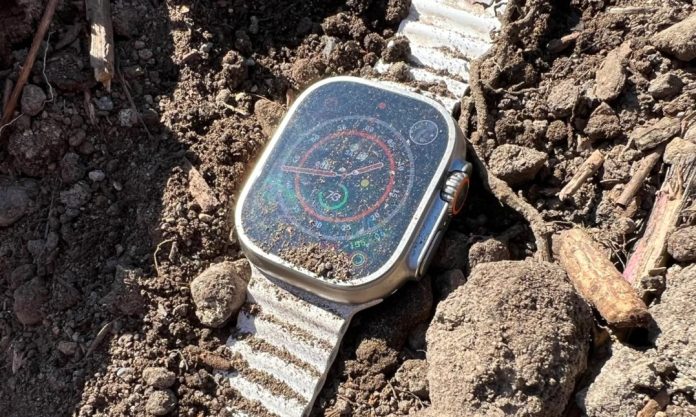 In his latest report, Bloomberg’s Mark Gurman says that Apple may use Micro LED panels for it’s high-end smartwatches in 2024.

This is in line with a previous report from another analyst, who said the same regarding the Apple Watch Ultra. The usage of Micro LED displays will let users view content in a better and brighter way from any angle. Although, it costs more to make Micro LEDs than what OLED panels take.

Reducing the reliance on third-party OEMs, Apple is reportedly making a number of crucial components in-house for it’s products. We’ve already seen the Cupertino-based company ditching Intel for it’s Core chips on MacBooks. And now, it’s doing the same for the displays.

As per a new report from Bloomberg’s Mark Gurman – Apple is planning to set Micro LED panels in the high-end Apple Watches in 2024. This means we may see the Apple Watch of 2024 having a Micro LED panel while other regular models compromise with the current OLED displays.

This is in line with the earlier report from Jeff Pu, who stated the same leak. As we wait to see how Apple tunes this thought, it’s interesting to see how the Cupertino-based company is finally switching crucial components with those of it’s own.

It’s reported that Apple might make the Micro LED panels for it’s own products – though it costs much higher than OLED panels. And all we get is the same benefits, with some extra brightness and vivid colors in Micro LEDs.

Well, this could be worth manufacturing the Micro LED panels, as they would let users view the content from any angle better than the OLED panels. To date, Apple is using the displays of Samsung and LG for it’s Apple Watches and iPhones.

So a shift to using it’s in-house made technologies for it’s products may make everything better. There have been reports of Apple ditching Qualcomm and Broadcom to use their cellular modems, Bluetooth chips, and Wi-Fi chips, too, in Apple products. This will lead to another major shift of focus from third-party OEMs to in-house developed technologies.