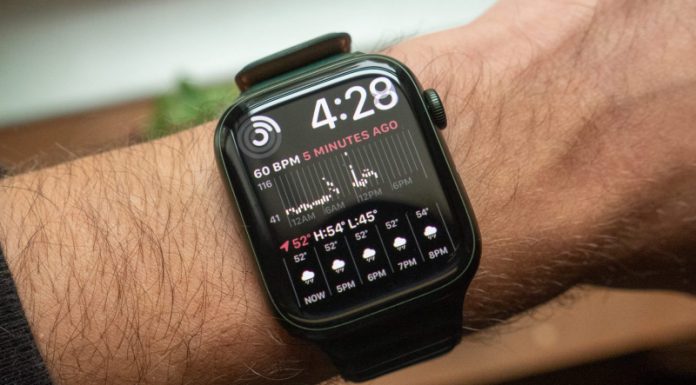 With the premium build and a bunch of health tracking features, Apple has set a standard in the smartwatch industry.

Even though it’s the best smartwatch player today, it’s still lagging in the rugged smartwatch space, where OEMs like Garmin are taking over.

Thus, to tackle them, Apple is rumored to be working on a native rugged smartwatch with extreme sports design, coming later this year alongside the Watch series 8. This may have a larger screen, titanium alloy finishing, and rugged straps to justify it’s durability.

Rumors of Apple making a rugged smartwatch has been since last year when the wearable market was booming with different offerings at every stage. As everyone is getting into this space, it’s no wonder the smartwatch market leader, Apple, is getting to it now.

As per Bloomberg’s Mark Gurman, the touted rugged watch from Apple may arrive later this year, launching alongside the Watch Series 8. Alongside the regular hardware designs to prevent dust and water, Apple watches weigh more in terms of health trackers, considering the number of lives it saved to date.

Also, the reliable technology combined with proper security and design is what attracts people, even if Apple priced them at sky-high prices. And the purported rugged watch too may have the same fame, if launched with proper features.

It’s expected to come with a larger screen, to let users (mainly sportspersons) have a glance at the data. Also, the body design is expected to be of a titanium alloy, instead of aluminum.

This increases the watch’s durability, while also keeping it’s metal looking good. At last, Apple is expected to launch rugged straps too, to resemble or present the idea of extreme sports.