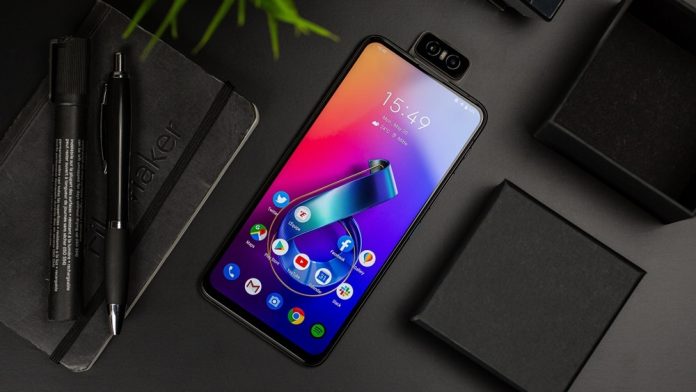 Asus Zenfone 7 will be announced on 26th August, and according to the reports, it is the cheapest flagship device. It is also among the most important smartphone of the year.

Like many devices, this has not yet been leaked over the internet. Asus posted a teaser video that gives some design elements and the price of the device. The device specs will surprise many of the users.

Specs and Price of Asus Zenfone 7:

The device will boast the flagship Qualcomm Snapdragon 865, and at this price, it will be the cheapest flagship device.

Asus shared the teaser themselves on the microblogging site Twitter. According to the teaser, the Asus Zenfone 7 will feature the similar design of its predecessor Zenfone 6. It means the device has a full-screen display with no notch and cutout. For the selfie camera, the device is using the same flip camera design as its predecessor.

Initially, the video was posted on the Asus Dutch account (@asusde), which later on posted from the global account.

The more details will be revealed at the launch event which will be held on 26th August. It is an important launch for the Asus and the global smartphone market. Asus recently launched Asus ROG 3, which is a successor to the ROG 2. This device is a powerful device with the maxed out specs and is mainly for gamers.

So it will be interesting to see how Asus Zenfone 7 will compete and performs with other competitors.