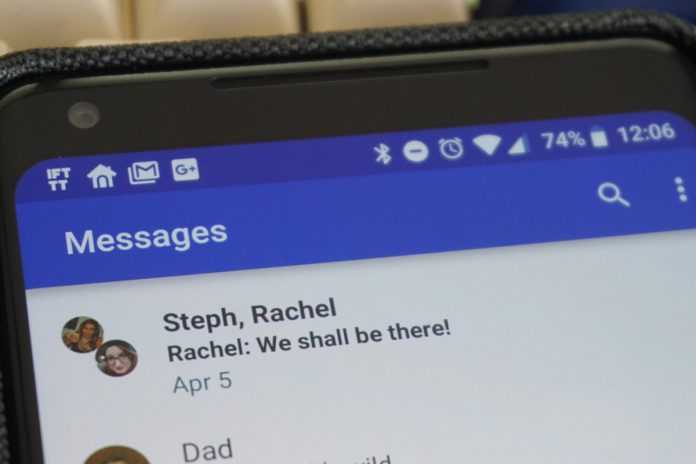 Google says they worked on integrating Android’s gesture navigation bar for over a year when they introduced Android Pie. Some feel it is poorly designed while others believe Google slowly introducing gestures to the Android community. Gesture navigation isn’t new and I would like to show you some of the best applications in the Play Store.

Like myself, you may have learned about gesture navigation features before they were introduced in Android Pie. You may also have known about them before Apple first used them in the iPhone X. Gesture navigation comes in many forms and multiple OEMs these days are adding their take to the idea.

MIUI’s gestures are implemented differently where a swipe up on any bottom part of the screen is like tapping the Home button (but again a swipe up and hold is like tapping the Recents button). Then they have it to where you can swipe in from the left or right bezels then it’s as if you tapped the back button.

For my personal preference, I like Pie Controls. I was first introduced to this feature via the Paranoid Android custom ROM (some may be more familiar with the LMT application). Pie controls can be set to be activated in various areas of the screen (top, bottom, left, right, corners, etc.) and reveal a half circle holding the back, home, and recents buttons.

It doesn’t matter which method if your favorite, there are a number of applications in the Play Store that offer the solution you’re looking for. As a source for those who want to try out the best, here are the ones I’ve tried, the ones I like and a few more that you may find interesting.

There are a number of different applications in the Play Store that offer a Pie Control style gesture navigation solution. Some have changed over the years but Simple Pie is what I have been using for the last year or two. Other Pie Control apps ended up getting bloated while Simple Pie offered the features that were needed.

From selecting its activation position and size to color options and the ability to backup and restore your settings across multiple devices. Simple Pie is exactly as the name says, simple. And the core features are completely free (although it does have in-app purchases for some extras).

A rising start in the gesture navigation scene is an application called Fluid Navigation Gestures and its animations are amazing. Again, as the name implies, the idea here is to provide a fluid animation whenever a gesture is activated. These gesture can be from the bottom of the screen or from the sides.

Each gesture has multiple variations too. For instance, you can set a gesture from the regular swipe up position and you can set a separate one for when you swipe up and then swipe the to the left or right. This application reminds me the most of MIUI’s full-screen feature and it’s being recommended more and more these days.

I’ve always found the name of this application to be uninspiring but it does get its point across. Developed by the team of the popular XDA website, Navigation Gestures is more of an attempt at emulating the iOS style of gestures than anything else. Although there are a number of customization options to change this.

The part that makes these two solutions similar is the “pill” as XDA calls it which sits at the bottom of the screen. A swipe up from the pill is your Home button, a swipe to to the left is the back button and a swipe to the right is your recents. The app has evolved since its inception and seems to be getting updated quite frequently.

This is an application that I’ve had my eye on since release but still feel it needs something to stand out and be unique.

I used this Gesture Control application for a while before switching back to Simple Pie as I was trying to find something that emulated MIUI’s gestures. The application lets you set multiple activation areas (bottom, left, right) and then assign various actions to them just like the other options listed here.

That’s something you’ll find a lot between the various navigation gesture applications in the Play Store. A lot of them offer the exact same functionality as others. Sometimes the difference is the presentation (like with the animations from Fluid Navigation Gestures) while other times they try to offer an all-in-one solution (like how XDA’s app handles the navigation bar for you).

I did have to move away from this application as recent updates made it so the activation areas didn’t seem to flow into the edge of the screen (which make it difficult to use). But I was a big advocate of this one for a while so it’s worth trying out to see if it fits your style.

Another one of the new and up-and-coming navigation gesture applications is called One + Gestures. The developers are obviously trying to take advantage of the new gesture system that the OEM OnePlus has added to their OxygenOS firmware. The name of the app is One + with a space, but they even call it “OnePlus Gestures” (with the quotes intact) in the app description.

I will be honest and say that I haven’t had a chance to use this application as much as the others in this list but I have seen it brought up among the Android community a number of times as of late. Again, most of these apps offer the exact same, if not similar features. The big differences will be how these gestures are activated on the device you’re currently using.

Some may play nicer with, say, Samsung smartphones and tablets, while others may not like how much the company has changed the core Android OS and uses its own framework. All but one of these apps are free so you can try them out and see which one you like the most.

If you want to support the developer, or want extra features, then there are in-app purchases that will unlock them for you. Some opt for a separate unlock/license app altogether but it’s essentially the same thing. So if you’re wanting to mix things up then these are the apps you’ll want to try out.

Some of these apps offer a simple toggle that will disable the navigation bar for you. Others do not offer this feature an expect you to do it for yourself. I was going to write a guide on enabling gesture navigation for the Xiaomi Mi A2 (after finding out the currently available build of TWRP doesn’t work on the latest version of its Pie update).

Most of that tutorial involved showing you how to disable (or hide) the navigation bar so I thought it would be best to have an article up that suggested some Gesture Navigation apps you readers could try when following that guide. I hope to get a usable TWRP tutorial up soon but the Mi A2 doesn’t seem to be as popular as other Xiaomi devices when it comes to community developer support.

So look forward to that tutorial and more in the coming days!

Edit – The tutorial is up! You can now learn how to Disable the Android Navigation Bar.

How to Promote Your Android Application or Game?

How to Change Where Google Assistant Saves Lists