Having a smartwatch is just a way to get notifications on your wrist. In earlier days, smartwatches were nothing but an item of luxury. But, now smartwatches offer a lot more features which makes us a bit more dependable. The device offers a bit more, whether it be a fitness tracker, a wallet or even a phone. After trial and testing, the best smartwatch for Apple and Android users is Apple Watch Series 5 and Samsung Galaxy watch Active 2. Find more of the best smartwatch for Apple and Android users which are our best picks and which might also fit your budget.

Apple watch series 5 offer always-on display function. Apart from always telling you the time, the watch automatically adjusts to the conditions around you and help with the ambient light sensor. Now, that’s a great thing. The always-on display will not drain the watch’s battery but, however, you will have to charge it on a daily basis. Unlike other watches, the Apple watch series 5 has to offer only 18 hours of battery life. The smartwatch starts at $399.

If you are a hiker, then this watch is totally for you. The Apple watch series 5 has to offer a built-in compass that will come in handy. Talking about other features, the watch provides the GPS and is swim proof. 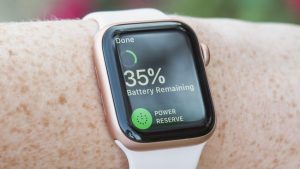 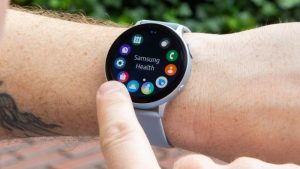 The smartwatch starts at $199. The Apple watch series 3 is a more affordable option. The bezels of Apple Watch Series 3 are thicker and come in size options of 38mm and 42mm.

Just like any other smartwatch, the Apple Watch Series 3 also gives a heart rate monitor, GPS, 8GB of storage with offline support for Apple music playlists. The smartwatch is swim-proof and battery life is shorter when connected to cellular. 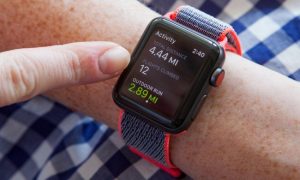 Fitbit Versa 2 comes with built-in Alexa and more advanced sleep-tracking features. The software installed on the smartwatch also comes with a feature that helps to monitor blood oxygen saturation levels. Unlike Apple and Samsung smartwatches, the Fitbit Versa 2 smartwatch provides a 4-day battery life which is AMAZING.

The smartwatch is compatible with both iOS and Android and costs not more than $200. To control the music playback from your wrist, Fitbit has added a Spotify app to the Fitbit Versa 2. However, the smartwatch does not provide GPS. 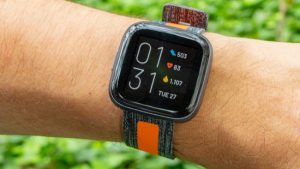 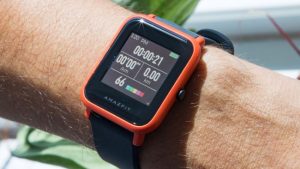 How to Change the Battery of AirTag