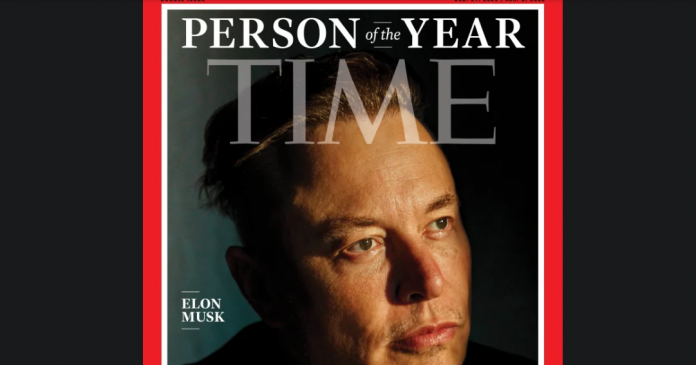 Tesla’s CEO Elon Musk is named as the “Person of the Year” of 2021 by Time magazine. This comes due to his influential traits shown this year, by achieving substantial feats in major sectors.

Some of them include Tesla valuing at $1 trillion and SpaceX sending people to space. Also, affecting the prices of a few cryptocurrencies and people through live shows and tweets.

Since 1927, TIME magazine has been electing a person(s) every year as their “Person of the Year”, if he/she is able to “affect the news or our lives the most, for better, or worse.” Last year, they had selected Joe Biden and Kamala Harris as the Joint “Person of the Year. Amazon’s Jeff Bezos and Facebook’s Mark Zuckerberg too have received this title in past.

And this year, it’s time for a fresh face – Elon Musk! The American businessman has been so influential over the major world operations lately, both in terms of transportation and new money. His electric car company – Tesla rose in its value to weigh over $1 trillion, making it bigger than General Motors and Ford Motors combined!

Apart from convincing the youngsters to drive EV and forcing all other rivals to open an EV wing, Musk’s private space company – SpaceX too had marked a major breakthrough this year. This to successfully send a batch of civilians to space and brought them back safely.

He’s also associated with Boring company, underground capsule-type transportation, and a brain-chip startup called Neuralink. Stating the reason why exactly Elon Musk was chosen as their Person of the Year, Edward Felsenthal, TIME’s editor-in-chief said, “For creating solutions to an existential crisis, for embodying the possibilities and the perils of the age of tech titans, for driving society’s most daring and disruptive transformations, Elon Musk is TIME’s 2021 Person of the Year.”