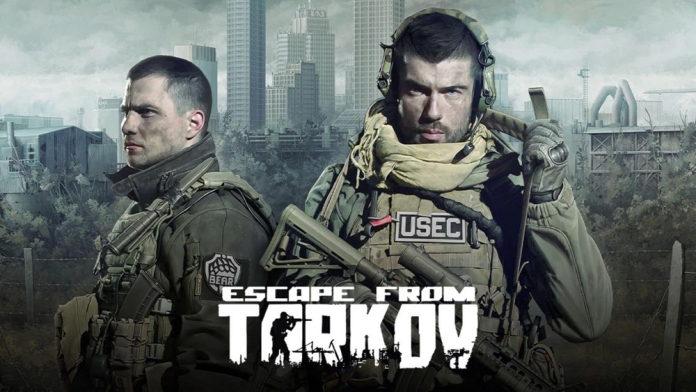 You are a fan of sharpshooting games like me if you are here. Who didn’t enjoy playing games like PUBG and COD, right? And if you liked playing or watching those games, Escape From Tarkov (EFT) would obviously catch your eye. However, Escape From Tarkov is more on the intense side. Now you might be curious to know how the game is and how much is Tarkov. I’ll try to provide the important details about the game. Keep reading to learn about the price and the differences between each different bundle of the game.

Escape From Tarkov is a hardcore multiplayer first-person persistent survival shooter set in the fictional Norvinsk’s region Special Economic Zone that becomes a gateway between Russia and Europe. The game is developed by Battlestate Games. Throughout the beta period of the game, the developers have released regular game updates such as new features, maps, characters, and equipment. It has been in a closed beta phase since 2017.

The official site says that the players will have to experience living in the skin of the mercenaries who survived the first stage of the Tarkov conflict. The FPS games are getting a huge amount of attention in this day and age, setting a whole new league. Even if Escape From Tarkov (EFT) looks like any other shooting game, the difficulty levels of the game and the mental engagement will keep one hooked for hours without getting bored. The game is a great unique shooter with a great amount of realism which pioneered a special genre of it’s own. The game shuns quality-of-life choices that make games more enjoyable for casual audiences. The game has plenty of different weapons, armor, attachments, consumables, and items that players can use to customize their characters’ loadout.

How much is Escape From Tarkov?

Now comes the main part, the cost of the game. If you want to experience an extraordinary game like this which is loaded with many unique features, then you will need to pay a good amount. There is a total of 4 different variants of this game that they made available exclusively on their official site. EFT purchases come with instant access to the closed beta of the game. Moreover, each variant/bundle comes with a selection of other bonus items, frequently in several quantities. The Standard Edition should be fine with most players, but those choosing the Edge of Darkness Limited Edition will have free access to all upcoming downloadable content (DLC).

More importantly, the game is still available in the beta version only. So, it can be a little hard to decide whether to buy the game or not. But if you have decided to make your move, ‘Escape from Tarkov’ is available for pre-order only on it’s official website. According to the game developers, EFT will probably be a conventional full-purchase release without any f2P or micro-transaction elements. Unfortunately, the game is still not available on other platforms like Steam or Epic Games. To buy the game, you will need to register an account on their official website.

So, EFT is available in 4 different editions, each with an individual price tag. Below is a breakdown of each EFT bundle. You will have to remember that the prices are subject to change. To know the latest pricing, please check out the official Escape From Tarkov website.

The EFT basic edition is called the Standard Edition. You can pre-order this edition for $49.99 from their official website. The Standard edition lets you have a stash size of 260 cells, and other features like:–

The Left Behind Edition costs $74.99 on the official website. In this edition, you not only get all the features from the Standard edition, but you also get other specific extra features. They are:

The Prepare for Escape Edition is available for pre-order at $99.99. This edition is larger than the other two editions, and it comes with several upgraded features. They are as follows:–

Lastly, the Edge of Darkness limited edition is the grand bundle for Escape From Tarkov. This edition covers all the features of the base game, plus 10 bonus inventory slots, a unique in-game, and a season pass. This special limited edition comes for $139.99. This is surely a huge amount for a beta version. However, this edition includes all the upcoming DLC and other extra features like:–

The prices of Escape from Tarkov are mainly based on what amount players are willing to spend for bonus items. If you know that you love the game, want an instant season pass, and want access to all the future DLC, then you can check out the Edge of Darkness Limited bundle.

So, if you ask how much is Tarkov, the EFT cost ranges from $49.99 to $139.99. The prices depend on the inclusion of different extra items for each edition. Escape from Tarkov is undoubtedly the greatest sharpshooting game ever created. The gameplay will depend on players’ choice of inclusions and whether they want to spend money on those bonus items. In my view, the Standard Edition should be enough for most players. Whichever edition you go for, please ensure to buy it from the game’s official website only.