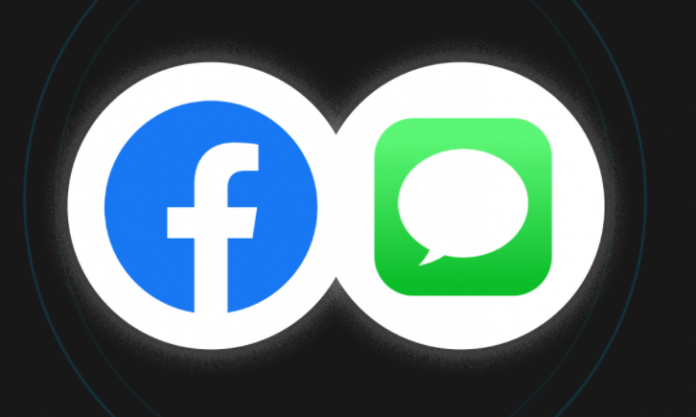 Facebook has hit hard on Apple for not allowing users to change their default messaging app in iOS 14. Apple recently launches the official version of the iOS 14 and this update brings a lot of new features and changes. One such feature is the ability to change your default browser and email app in the iOS 14.

iOS 14 users are now able to change their default browser from Safari to Chrome and also email apps from Apple mail to Gmail/Outlook. This feature is introduced for the first time in iOS as previously there is no option to change any of the default Apple apps.

Facebook criticizes Apple by arguing that if third party browser/email apps can be made default in iOS 14, then iOS messaging apps should also be able to change to other messaging apps. Meaning Apple should allow users to make Facebook messenger as their default messaging app.

The social media giant is basically asking Apple to give choice to its users, whether they want Apple’s iMessage or any other messaging apps.

This was revealed by The Information in an article about Facebook openly criticizing Apple over the messaging app. Recently, social media also criticized Apple over Ad Privacy changes in the new iOS 14 update. And this time they are creating an issue as browser apps is given clean chit to be made default in iPhone. The Social Media company also wants to get this honour for its own messaging services to be made default in the iPhone.

Facebook argues with a question that “If Android allows this why can’t Apple”.

Google has offered this feature on Android since its inception. Android users have the liberty to use any of the third-party apps as their default app. Means the android users can also change their default messaging app and use it normally using their phone number.

In the iPhone, users are only restricted to Apple’s own iMessage app to send or receive any text on the phone number. iMessage is a complete messaging app and has some features even better than WhatsApp. Additionally, iMessage is a full and secure messaging app which is also synchronized with the iPad and MacBook also.

According to Apple, Facebook demands are very ridiculous and they say that there is no comparison of the privacy policy of both OS. Apple users are fully satisfied with the iMessage so Apple allows other messaging apps to be a default one in iOS 14.

In addition, If there is some feature in Android why is it necessary for Apple to offer the same feature.