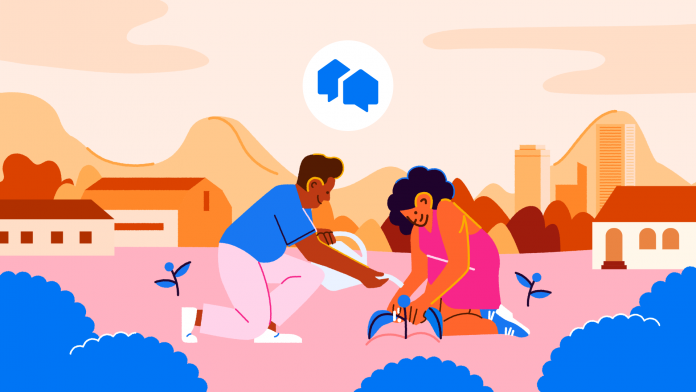 Cloning services is not new to the tech giants. And on Facebook, it’s never! The social media giant has just announced Facebook Neighborhoods, a Nextdoor-like local community platform for its users. Available in Canada and testing in the US, Neighborhoods will let people make a new short profile and join their local area groups. They can share and view posts made by their neighbors.

Just as it copied the TikTok and Zoom, Facebook is now cloning the popular Nextdoor platform with its own service. Named Facebook Neighborhoods, they will create a mini social media within the current Facebook, exclusively for neighbors. Users interested in joining them can create their profile, most similar to Facebook’s main account, and join in.

The profile creation would take the picture, cover photo, and name from your main Facebook account, and you can additionally add a short description about you before joining in. You can create one if your neighborhood isn’t having a group, or join in or has one. If you’re the moderator of the group, you can set guidelines for adding members and how they should behave.

Also, moderators can choose the group to be private (closed) or public (open) to everyone. Irrespective of that, you’ll be prompted by Facebook if joining a group. If you set the group to the public, anyone can see the profiles within and posts they made. And it’s vice versa for private.

Members of Neighbourhoods can share information in FAQs and help newcomers know how they should behave. Also, they can collaborate and discuss any special events in the area. Members can report to moderators or to Facebook if they find anything against to the guidelines.

While joining these groups is voluntary, getting in means you’re offering your consent to Facebook for tracking as usual. Your posts and interests could be used for showing you targeted ads later across the Facebook app and its related apps.