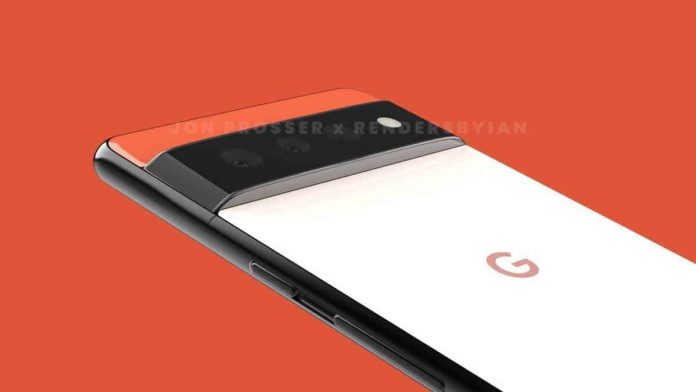 Google Pixel 6 Pro will be resealed with Google’s custom in-house chipset and a unique design that we haven’t seen yet on any other smartphones.

Google will usually focus more on its camera and image processing features just like the previous Pixel smartphones. The tech giant is expected to use the special chip in its smartphone and will improve its camera’s image processing further to make Google Pixel 6 Pro and Pixel 6 cameras the best in the market.

As visible in the live images, the device will have a punch hole cut-out for the selfie camera at the top center of the display. The company is using a curved display and there are minimal bezels around the edges. The display looks quite impressive due to the presence of very thin bezels around the corner. 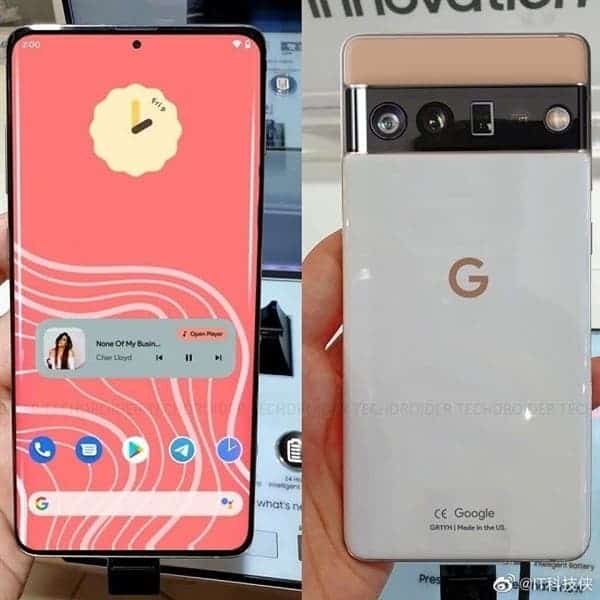 According to the leaks and some rumors, the Pro model will have a 6.71-inch OLED display. For the first time, the search giant will be using a custom chip in its flagship devices. This custom chip is made by Google and has the codename “White Chapel”.

Some rumors hint that the device will have a 50 MP main camera lens, 48 MP telephoto lens, and 12 MP ultra-wide lens. There will be a 12 MP selfie camera that sits in the punch hole cut-out in the display on the front.

Other main specification includes a 12GB of RAM and 128/256/512 GB of internal storage, 5000 mAh battery with fast charging capabilities and it will be the first device to release with Android 12 out of the box.

The regular Pixel 6 model will have slightly trimmed-down specs. In the non-pro model, there will be a 6.4-inch AMOLED Display, Google’s custom chip, Dual rear cameras, 4614 mAh battery, and Android 12.

The dual cameras include a 50 MP main lens and 12 MP ultra-wide lens and there will be an 8 MP selfie camera on the front.
Source | Via