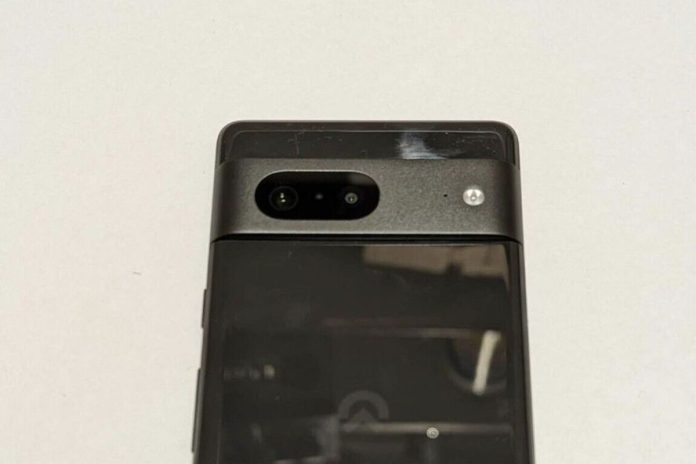 Late last week, an unknown individual listed a few prototypes of the unreleased Google Pixel 7 handset, on both eBay and Facebook Marketplace.

Though this was soon removed after the listings went viral, a peek into the images of this listing revealed that the images shared of The Pixel 7 were indeed true, and were taken by a Pixel 7 Pro! How this individual obtained these handsets remain unknown, and whether anyone bought any of these.

While it’s common that leaks regarding the unreleased products pour around before they launch, selling them in public marketplaces is astonishing! One such case happened late last week, when an unknown seller from McKinney, Texas tried selling the prototypes of Pixel 7 handsets!

And here's what exclusive I have since the seller posted it everywhere else.

Here's another photo of the back of the Google Pixel 7 that you cannot find anywhere else. Enjoy! pic.twitter.com/n4dDNra3lP

The seller initially listed this on Facebook Marketplace, where he/she mistakenly titled it as Pixel 6, but the unusual logo and markings on the hardware depicted a Pixel 7! This handset listed was a pre-production piece, thus a prototype.

The same was later listed on eBay and shared on a Reddit forum (r/Android) – where it gathered much attention. And for some reason, the seller deleted the listing, which was now archived by Mishaal Rahman.

An interesting thing spotted by the tech community about this listing is – that some images of this product listing are found to be taken by a Pixel 7 Pro handset, which too is a prototype. Observing more, Tech Today’s Brandon Lee said the seller may have multiple Pixel 7 prototype units in his arsenal.

But the details on how he/she obtained it and if anyone tried purchasing any of it for the said price tag remains unknown.