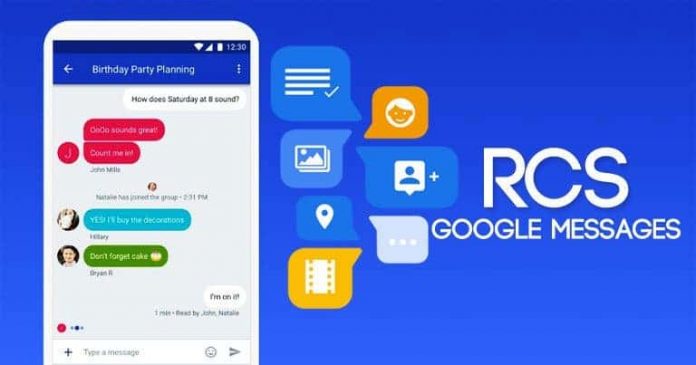 Google RCS (Rich communication services) a clone of iMessage will be launching globally. It will replace default SMS on all the supported devices or Google partner OEMs.

Google recently announced this news and it will be available to all supported devices through Google Messages. Google is updating its messages app with more features similar to Apple’s iMessage. It will add features that are similar to both WhatsApp and iMessage so users don’t have to download third-party apps.

For this purpose, the search giant is also working with other Android OEMs. We have already seen that many Android smartphones come with Google Messages as their default SMS app.

Along with OEMs, the search giant is also partnering with network providers in some countries. With these partnerships, they will be able t o provide chat features built on open Rich Communication Service (RCS).

Google Messages which only provides standard SMS will be upgraded to RCS. It provides features similar to WhatsApp like sending and receiving high-quality media files via Wi-Fi or data. There will also be a blue tick option which will inform users that the recipient has read their messages. It will also allow users to create groups and chat in a group.

Google claims that the company has advertised the RCS feature globally extensively. Similar to Apple, Google is also working on creating its ecosystem. And they expect it to become as popular as Apple’s ecosystem. With RCS all android users will get the modern and dynamic chat features. These features will be provided to users by their telecom network or by Google directly.

Google is still testing this feature for global users and it is not the final version as of now. According to Google, they will test this feature till 2021 for user feedback.