Google has launched a new rewarding app named Task Mate, which will pay users for completing simple tasks. Resembling like Google’s Opinion Rewards, Task Mate will have both indoor and outdoor tasks to be done. These include transcribing sentences to capturing photos of a nearby store.

Wanting more data from local users, Google has come up with a new app called Task Mate. Users will be paid rewards in their local currency for completing the simple tasks given by Google. This is an appreciating step since Google’s earlier Opinion Rewards program would only pay them in Play credits, which can only be used in Google Playstore. 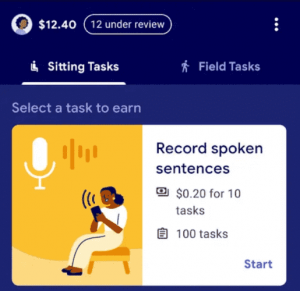 Now, paying in local currency is a bit more appealing since users can skip the hassle of any conversions or locked spending like in Google Playstore. Users who reach the threshold will be prompted to connect a Google-partnered e-wallet to transfer the money, which can be withdrawn instantly. But, this is only after earning.

Currently, Google is letting users join this program only through an invitation code, which is not available widely just yet. Thus, those who’ve received the code through any means, better start earning. And for those who’re interested, keep waiting until Google sends you one.

And in Field Tasks, users will be asked to go out to the nearby store and take a storefront picture. They’ll be directed through maps to the destination and forth. This type of data could be used to aid Google’s search results to become more relevant and useful.