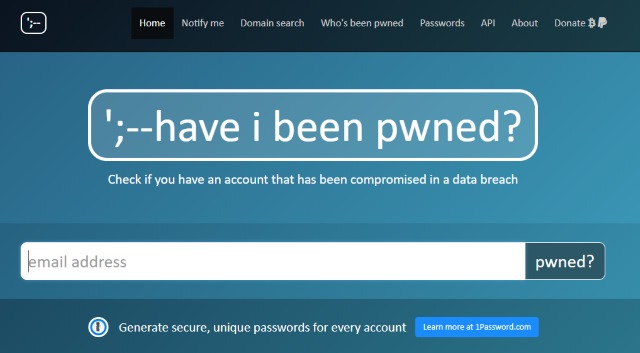 Have I Been Pwnd, a site that collates the compromised passwords from various data breaches, now has its source code open-sourced. This comes after the maintainer, Troy Hunt has also given direct line access for US FBI to feed the stolen passwords from their investigations into Pwned Passwords section. Under this, the FBI will feed only the hashed passwords into the site, where people can check with their actual password strings.

Opening Have I Been Pwnd For FBI and Public

Have I Been Pwnd has been an extremely helpful website for many? The site gathers all the compromised passwords from several data breaches and makes them searchable for people online to check whether if their password was compromised or not. As it doesn’t link the person’s identity while verifying a password compromise status, it’s safe.

And there’s a section within HIBP called Pwned Passwords, that has over 613 million passwords gathered from several data breaches. This section allows people to search for their password compromise status by entering the actual password string. As it’s more narrow, many organizations around the world use it for verifying their employee’s password integrity.

Now, the US FBI will have exclusive access to this section for feeding stolen passwords gathered from breaches in their future investigations. This comes after the agency had already partnered with Troy Hunt last month, the maintainer of the HIBP site, to feed in the passwords from Emotet botnet takedown.

With the direct line made for the FBI, more users can check their password compromise status quickly after a data breach where the FBI was involved. They’d be feeding the NTLM and SHA-1 hashed passwords into the Pwnd Passwords section from now on. Also, on another note, the source code of Have I Been Pwnd has been made open-source. Written in .NET and running on Azure, Troy Hunt said “The philosophy of HIBP has always been to support the community, now I want the community to help support HIBP.”