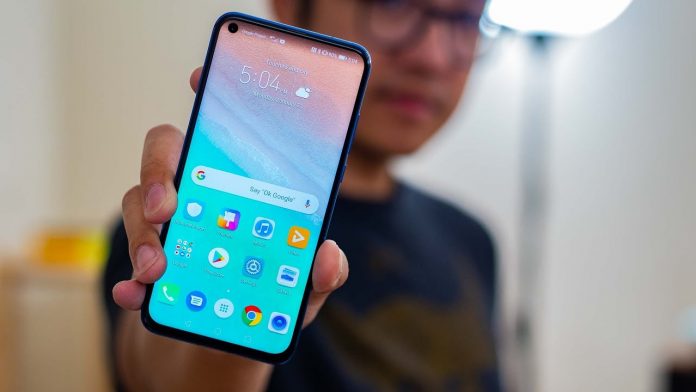 After much anticipation and suspense, Honor has finally announced its flagship phone at an event in Paris. Christened as the Honor View 20 or simply the Honor V20, tech giant Honor seeks to be the first in a new technology named as punch hole display. Additionally, the Honor View 20 packs a lot of features making it quite sought after in the smartphone industry. With a unique glass back design and bezel-less screen, the phone has managed to turn quite a few heads.

Smartphones have undergone a massive overhaul in their use and appearance right from Day One. From clunky phones with keypads, technology has made it possible for almost bezel-less design. In most cases, bezels are unavoidable to include equipment such as the earpiece, microphone, sensors, and camera.

The Honor View 20 is one of the latest smartphones in this trend offering an edge-to-edge display with almost no bezels. As a first of its kind, Honor has announced a punch hole display where the front-facing camera is buried under the screen of the phone. This has paved the way to allow for almost a completely bezel-less design. It packs a 6.4inch LCD display screen and a unique design theme that resonates throughout the phone.

Another stand-out feature in the phone is the unique ‘aurora nanotexture design’ that reveals a ‘V’ shape on the back of the screen in certain angles thus offering a premium design.

The View 20 is powered by Huawei’s high-end octa-core HiSilicon Kirin 980 processor that can stand apart in benchmark tests against even the top processors available in the market. The phone packs 6GB of RAM and 128GB of storage in the basic model and is powered by the latest Android Version. With a 4000mAh battery capacity, the premium smartphone offers a  decent standby and talk time. 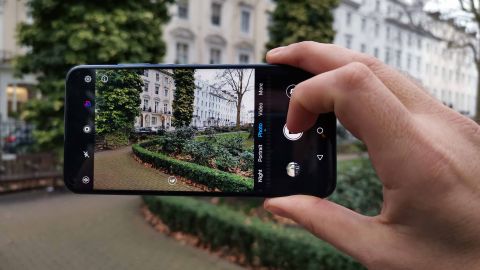 The view 20 is one of the first smartphones that offers a rear 48MP camera. The camera can be used to shoot high-resolution photographs both in 12MP and 48MP modes. The phone uses the pixel-binning technology to combine multiple pixels into one when shooting in the 12MP mode. Additionally, the octa-core processor uses post-processing tech such as AI clarity to produce sharper images with more detail. The camera stands toe-to-toe with other tech giants and is said to be one of the leaders in the market today.

Powered by one of the leading processors in the market today, the Honor View 20 is lag free and efficient when it comes to multi-tasking. The camera is one of the best-in-class available and packs a unique design with gradient glass back design. Packing a 4000mAH battery with quick charge option, there is enough juice powering the phone for all your daily needs.