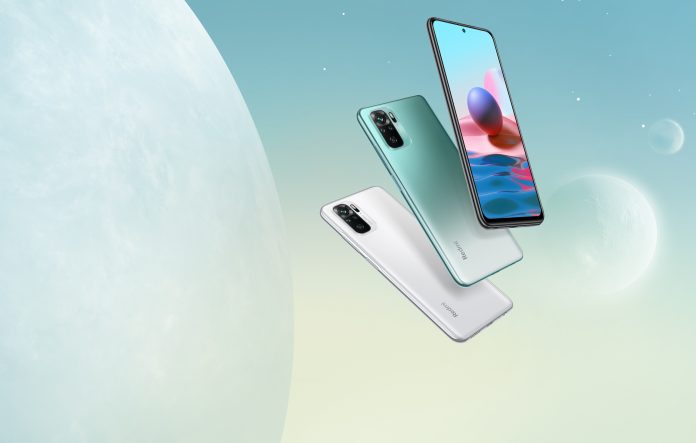 Whether this is something you booted into intentionally or is something the device did on its own or maybe you did accidentally. So, firstly we will show you how to boot into fastboot mode because this is what a lot of us are going to be using if we want to say unlock the bootloader or install a custom rom. This will also work f you want to install a custom kernel something like that.

Usually, to boot into Fastboot mode which is also known as bootloader mode we need to get our phone into a powered-off state.

It will boot to that Redmi screen but should fairly quickly boot over into the Fastboot mode screen. You will see the FastBoot logo on your device’s screen indicating that your device is in fastboot mode which is also sometimes referred to as bootloader mode. Now, we would then connect our device to the PC with the USB cable. Then you can install custom ROM on your device, or you can unlock the bootloader or install a custom kernel, etc.

There are some time situations in which you may see the Fastboot mode screen accidentally. Maybe that is because your device got bugs after your install over the air update and when you reboot your device it reboots to the FastBoot mode.

This is also because maybe you were using the phone just in normal use and the phone turned off sporadically all of a sudden and then booted you up into the FastBoot Mode. We have seen many users going through these situations and their phones boots in FastBoot Mode. We received a lot of comments from users detailing their experience and how they reached this specific model.

Most of the users do not get in that situation on purpose, a lot of times this is done by accident.

If you have found yourself in this situation that your device boots into the FastBoot Mode by accident, you need to check a couple of things first. Make sure that you don’t have a phone cover/case that’s pressing down on those two buttons that we just mentioned previously. It is very easy for improperly made cases/covers to press down on buttons or even maybe your thumb or your finger press those two buttons when you’re holding the phone too strongly.

It is a very common procedure all we have to do is press and hold the power button for about seven to ten seconds. After that amount of time, you will see that your phone turns off just like normal. And it will instantly turn back on just like before. Now, assuming you don’t have anything wrong with your android install meaning the operating system Xiaomi’s MIUI has not bugged out then you should be able to boot right back into android just like normal.

Just by pressing and holding the power button forcing the device to restart and again assuming android, the operating system is in good shape you will boot right back into android. However again we have seen a lot of comments saying that when they reboot like that, they have booted right back into fastboot mode. If that’s the situation you are in then that’s because your operating system is bugged out somewhere.

Something is preventing the phone from loading that software this can be randomly sporadic like corrupt storage, could be a bugged over-the-air update you just installed. Unless you know what bug is that causing this situation and how to resolve it, you need to do a factory data reset to get back into android. Now, that is rare, we haven’t personally seen a phone reboot like that.

If that happens to you then you need to give up on the data you had on the phone and do a factory data reset to get backing into android. That’s all. That is the tutorial on how to boot the Xiaomi Redmi Note, 10 and all the devices in the series into a fastboot mode as well as how to boot out of fastboot mode.