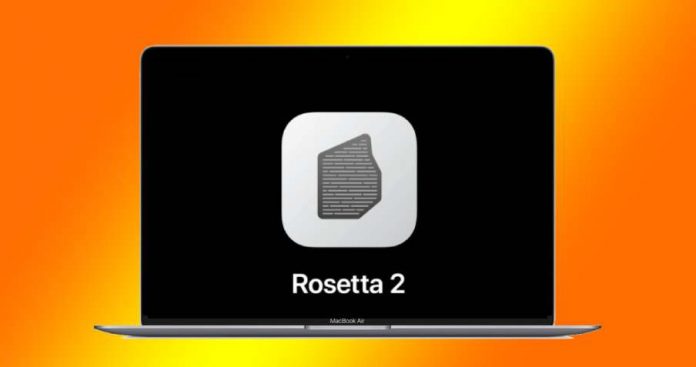 Rosetta 2 was first introduced as a component present in macOS Big Sur in the year 2020. It basically is an emulator that Apple designed to bridge the transition between Intel and Apple processors. Running in the background, when an application built for Mac computers exclusively with Intel processor is used, it automatically translates the application to be used with Apple silicon when the user runs the application for the first time. Rosetta 2 must be installed separately as it does not come with the standard macOS installation. However, users don’t have to look for it to install Rosetta because whenever you launch an intel-based application for the first time, macOS automatically prompts the user whether or not they would like to install it in their system. Find an image for reference below:

How to Install Rosetta?

Users just require clicking on Install, as seen in the dialog prompt box to install Rosetta 2 on the system. You must enter your username and password so Rosetta can proceed with the installation process. Once the installation process is complete, Rosetta 2 will not just be available for the current Intel-based apps that you install but also for ones that are old or already present on the system (should be Intel-based).

It is normal for users to experience mild performance issues when the application is opened for the first time as Rosetta 2 runs the translation process. The application icon may bounce for some time before it is launched. However, this is just a single-time issue and doesn’t occur again when the user tries to access the application the next time. Applications that have been built with x86-64 are known to run faster in Rosetta than they do on Intel Macs.

How to Use Rosetta?

Rosetta is simply a software suite and doesn’t have to be opened as we do for an application when we want to use it. It works or runs automatically in the background whenever the user opens an application built specifically for Mac systems with an Intel processor. It translates the application to be used with Apple silicon.

Generally, users may not experience any difference in the performance of applications that need Rosetta 2, but they must get in touch with the developer of the application to understand its available version that would be able to exploit the powers of Apple silicon.

The Get Info option (File > Get Info) can help identify applications that can be used with Rosetta.

Select the application in the Finder

Here from the File menu in the Menu bar, select Get Info and look for the information labeled as Kind:

Application (Intel) – When the application supports only Intel processors and requires Rosetta to work on any Mac with Apple silicon.

For apps that come under Universal – the Info window has a setting “Open using Rosetta”. This setting allows universal applications like email apps and browsers to use extensions, plug-ins, or similar add-ons that have not been updated to support Apple silicon. Any universal application that doesn’t read the add-on you may have installed for it, you must exit from the application, select this setting and begin once again.

Rosetta’s developers define it to be meant to simplify the transition to Apple silicon, so users have time to create a universal binary for their application.