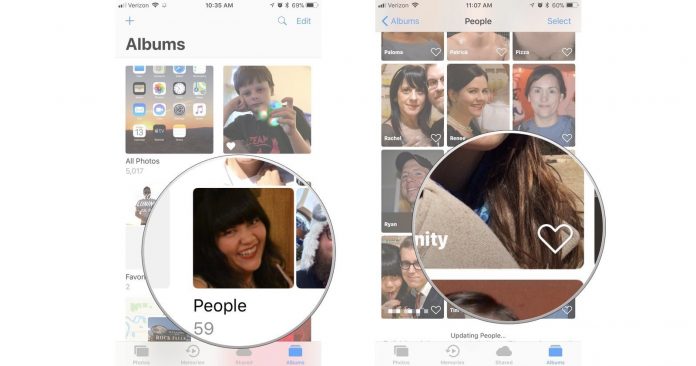 Images in the camera roll have many changes; many Apple users may be unfamiliar with the people album, where a user’s contacts are automatically identified through facial recognition. Though this is an effective feature, it is not 100 % accurate all the time. With the new iOS 15 updates, the adjustments are made, and the issue is not much of a concern anymore because Apple has made the necessary changes.

What is People Album in Apple Photos?

In an apple device, the photos app is where all images and videos are stored, and the people album is where the device recognizes a person’s face in an image and stores their faces as a thumbnail. When trying to look for images with specific people in them, this feature can help in saving time. But there have been cases where the device mistakenly misinterprets a person’s image and saves it as someone else. So, how can you correct errors in the Photos people album? The process is explained here.

Steps to Correct Errors in the Photos People Album?

The recent update has made some adjustments, but those with previous updates can also try the following:

Step 1: On your Apple device, open the photos app.

Step 3: on the top right corner, you will see the ellipsis icon “…” click on it.

Step 5: you will now be shown a list of images to select from; several images of one person will be shown. If you think some images do not match up with the identified person, start unselecting.

Step 6: you can add unadded images of the tagged person by selecting the option “tag more photos” at the very bottom of the screen.

Step 7: don’t forget to tap on “done”; without doing so, the changes won’t be made.

What are the new changes made in the iOS 15 update

Some minor-major improvements were made in the recent update, and it has fulfilled its user’s expectations and requirements. As far as images are concerned, the following are the changes made:

Memories: In the new update, the memories in the photo’s app appear to be much more detailed and organized than it previously was; it now has animated cards with a wide range of title selection, new transition, and animation styles. Users can also give their images or videos a cinematic effect; with this new update, the need for video software editing will significantly decrease.

Live text: This is one of the most interesting updates; images that have texts in your device can now be recognized through the live text feature; allowing you to copy texts from the image, and you can even translate the text into a different language directly from the photo’s app.

Visual identifying: The new feature can now allow users to take pictures and get its brief description by the visual lookup feature; Basically, it can now recognize numerous things like books, plants, animals, and a lot more.

Metadata editing and viewing: In the new update, you can select a photo and get detailed information like shutter speed, size, type of camera used, megapixels, and a lot more.

Enhanced iCloud syncing: The photo backup and syncing speed has increased in the new update, allowing fast personal data back up.

Spotlight photo search: In iOS 15, you have access to the entire photo library using the spotlight bar. Just by briefly describing the image, you will find results within seconds. It saves time significantly and increases user convenience.

How to Boot in Download Mode Xiaomi Redmi Note 10

How to Unlock Bootloader on Asus Zenfone 8 and 8 Flip

How To Set Up Multiple Desktops In Windows 11

iOS 15.2 Beta: How to Use the Hide My Email Feature in the Mail App

How To Change Quick Settings On Android 12

New Phishing Campaign Based on Omicron is Stealing PII of UK...