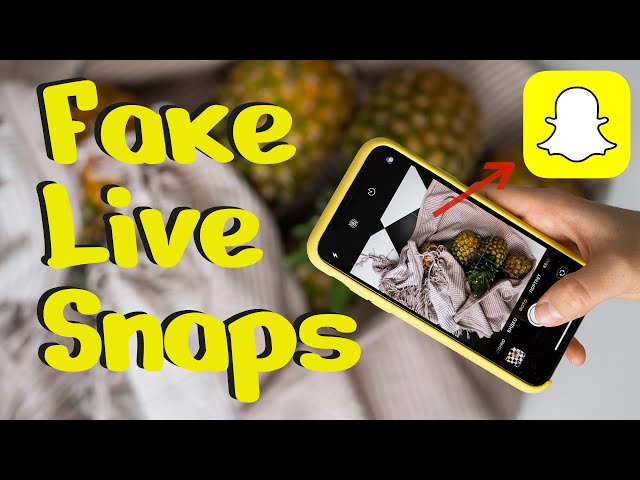 Snapchat allows you to express and communicate with your friends and loved ones – live. The messages and pictures on this are available for a very short time or till the recipient has seen them, after which the texts or pictures become inaccessible.

Some time back, Snapchat had what was known as the Memories Feature, which allowed the users to collate several pictures from their camera roll and post it to their story, which would look as if they were taken in real-time to others, but the pictures had a white border to them. However, soon Snapchat fixed this, and instead of reading from Camera Roll, the pictures read from Memories. The white border was removed, and the content was clear but impossible for users to fake the fact that the pictures were actually taken in real-time.

Now, if you want to fake live snaps on Snapchat from your camera roll, you will have to use third-party apps.

There are many third-party apps available that allow Snapchat users to face live snaps on Snapchat. You can use anyone that you like. Make sure it is reliable and has good reviews. One trusted app is OVF Editor. The app allows Snapchat users to add frames, texts, photo effects, graphics, etc., to their snaps and share them with their Snapchat friends. The results are amazing, and they would be able to understand that you have sent a fake snap. The app also allows you to share fake live videos too. Here is how you can use this app:

Open the app and then select

To import the media file, tap on one of the options – Select Video/Select Audio. Since you are looking to share fake live snaps, you should tap on Select Audio

You will be directed to the gallery, where you can select the picture you would like to edit and share. You can choose a video or a photo and use the best video maker online for additional editing.

Next, tap on Send To option and share the fake live snap with your friends. You can also share it to Spotlight or My Story