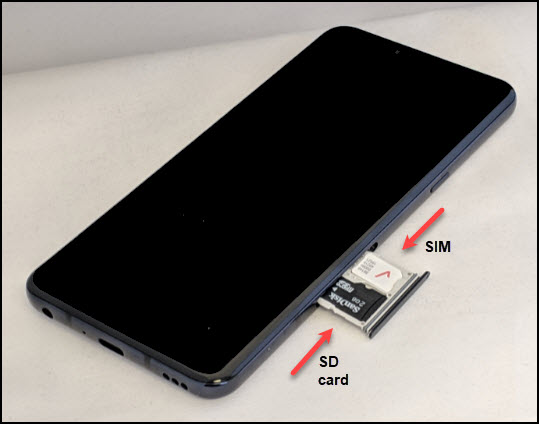 Underneath we’ll get into a portion of the arrangements on How To Insert SIM Card LG G8 ThinQ.

From the right edge of the device (display facing up), remove the card tray.

Utilize the insertion/removal tool to unlock the tray by inserting it into the provided slot then remove the tray.

With the gold contacts facing down, insert the SIM card into the tray.

Press in on the tray to lock it into place.

From the right edge of the device (display facing up), remove the card tray.

Utilize the insertion/removal tool to remove the tray by inserting it into the provided slot.

Remove the SIM card from the tray.

From the bottom of the card, carefully lift to remove.

Press in on the tray to lock it into place.