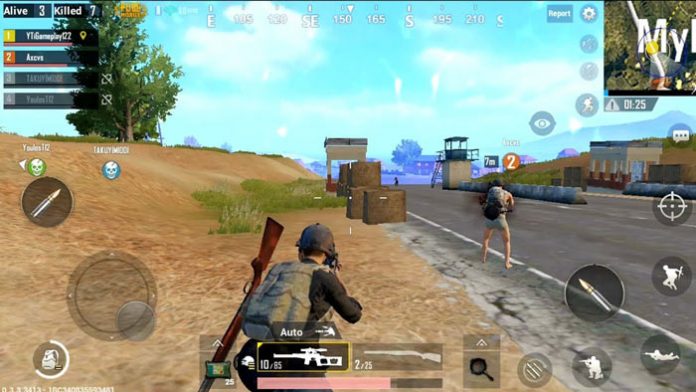 Many users, especially gamers, have one complaint against Chromebooks that they are not good for gaming. Though they include many Android games, not all of them work. In that case, users also can go for cloud gaming services such as Google Stadia or Nvidia GeForce, but it requires a subscription, and you have to pay a handsome amount of money for that. After understanding this issue, Google is now working on a bigger solution to help game makers with this problem and users can now play PC games on Chrome OS.

Now, a pre-release version of Valve’s Steam game store is available on Chromebooks that users can try on through the Chrome OS Dev channel.

(Note– Please remember that as it is an early and alpha-quality version of Steam, it can break anytime, and while using it, you should be prepared to face crashes, bugs, and performance issues. That’s why Chrome OS Product Manager Zach Alcorn advised that it is best not to taste it on a Chromebook that you use for work or study.)

According to the product manager of Chrome OS, as this is an unstable alpha version, it will be wise to back up all the important files of that Chromebook before proceeding with this.

How to play PC games on Chrome OS:

It is still not enabled on every Chromebook and for now, Chromebooks with higher-end components only support it. Some of them are mentioned below:

When, as a user, you have these models, you will need the below-mentioned components to proceed further.

When you meet all the requirements of using the alpha-quality version of Steam on your Chrome operating system, first, you have to switch to the Dev channel in your settings menu.

When your Chromebook is updated to that channel, follow the steps mentioned below.

You can go and check out Chromium.org forums, where Google has posted the full installation-related instructions for your assistance. As this process is still in the primary stage, you can find many issues while installing it. In Chromium.org forums, you will also be able to find a list of known issues as well as the list of the currently supported games.

You may get surprised, but the list is quite long, including Portal 2,  The Witcher 3: Wild Hunt, Dota 2, Stardew Valley, Terraria, Hades, Age of Empires II: Definitive Edition, and The Elder Scrolls V: Skyrim Special Edition.

Later, Chrome OS will also run the Linux version of games when available. Other games that use Steam Play’s compatibility tool are known as Proton, which is also used for the Steam Deck handheld gaming device. Users can experience some glitches while and after gaming, but according to most of the users, the gaming experience is smooth enough on the Acer Chromebook 713.

If you are willing to buy a Chromebook in the recent market and want to use Steam when it is finished and released for the public, you need to have all the system requirements mentioned above and an SSD card to store your games. Though Chromebooks don’t have high-capacity storage drives currently, we can hope that Steam will change this scenario soon.