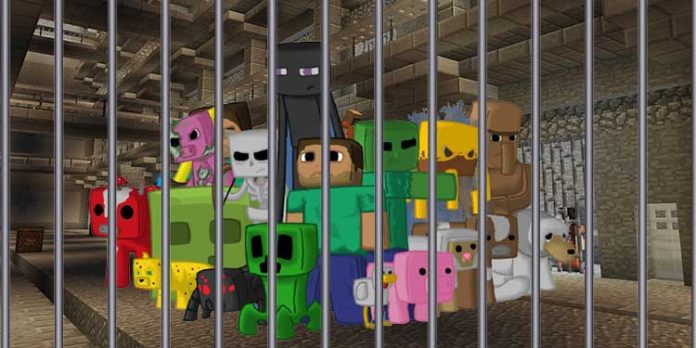 While Minecraft still continues to prevail as a peaceful game, there are few players creating havoc in the multiplayer server you are using, thus forcing you to end up banning them. Now banning any user means they will not be able to join your premise until you remove the ban on them. Whether you have banned a particular user accidentally or for not following the rules, you can easily unban them as well. But how to do so? In this blog, you will go through a step-by-step guide on how to unban someone in Minecraft.

Types of Ban you can do in Minecraft

Before you move on to the primary technique of unbanning, it is important to learn about the various types of bans that you have in Minecraft. It is essential to learn how you actually ended up banning someone so as to unban them. There are these 2 types of bans you get to access in Minecraft.

Player Ban- In the case of a Player ban, you usually ban a player with their username. The player will not be able to join the game unless they change their player account.

IP Ban- This ban, as the name suggests, bans the IP address of the user so that no one will be able to continue playing from that network connection that is blocked. Even if the banned user creates a new account, they will still be banned if they are still using the same IP address that was blocked.

Steps to unban someone in Minecraft

Now that you are aware of the two main types of bans, it is time to dig deeper into finding out how to unban a user by adhering to 2 different techniques.

If you have banned the player with their player name, all you need to do is simply use the command “/pardon” to unban them.

Visit the console of your Minecraft Server

Type the command “/pardon player name” but without quotation marks. If you do not remember the player’s name, go ahead and simply type “/banlist” and check the list of the users that got banned on the server.

Now press Enter after you are done typing this command in the second step. Once done, the player can rejoin the game once again!

If you have banned the user using an IP ban, you can lift it by typing the “/pardon-ip” command. For the same,

Visit the Server Console and type the command “/pardon-ip IP Address.”. You will have to enter the particular IP address that you want to unban.

Now press enter, and the users making use of this IP address now unbanned will be able to join the game once again.

It is essential to keep in concern that you can unban or ban someone only if you are the operator or server OP or an admin in this game. In case you are no one, you will not be able to see the ban and not even be able to unban a player from the server you use.

Can you make use of the in-game console for unbanning a user?

As mentioned above, if you are the server operator or the admin of the server, only then will you be able to use the in-game chat console for unbanning a player- while the commands that are mentioned above will work well in the game.

Will Minecraft be able to unban you?

Minecraft has the right to unban anyone who it finds violating its regulations and rules, mostly in the Minecraft Realms. There are usually two methods Minecraft can ban you- either temporarily or permanently. If you are temporarily banned, the ban will be lifted automatically for about a certain time. But in case of a permanent ban, you will not be able to use the game with the same player name or IP address.

Do you need to unban a player after you kick them?

Kicking a player in Minecraft ends up forcing them to quit the game. Since this action won’t ban the player, there is no need to unban them. But the only glitch is that they will be allowed to join only once the server restarts.

Is the Unbanning procedure the same for every Minecraft edition?

The procedure and command to unban a player are the same for all Minecraft editions. You can adhere to the use of the “/pardon” command also in-game for unbanning a player or, say, an IP address.

Can You unban yourself in Minecraft servers?

If you happen to be the server, only then do you enjoy the right to unban or ban someone. But in case you are a normal user, try establishing a connection with the server mods or admin to unban yourself. Also, if you have played on a very big server, Minecraft possesses the forums whereby you can fill up the unban appeal to ensure you are unbanned on Minecraft servers.