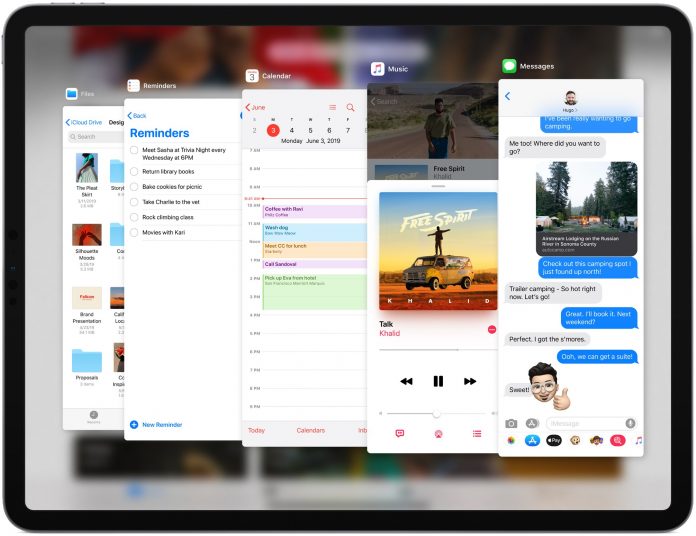 Slide over is a feature in iPad that allows users to multitask. It allows you to have an additional application in a small floating screen on the left or right side of the screen. One can move it to the preferred place on the screen. It is not any another application for the iPad, but it is a default system that allows you to multitask. In short, it is a small window that floats in front of another app or window on the iPad. Here is all about Slide over for multitasking. So, have a read.

How to Open An App in Slide Over?

You can easily open an app in Slide over by using a few steps. Go through the steps mentioned below to open a slide over on your iPad:-

Open the app you want to have in the Slide over

While using the app, tap on the multitasking button, a three-dotted button you can see at the center top of the screen.

You’ll now be able to see three options there. Select Slide over

The app you’re recently using will move aside and reveal the Home screen and Dock to you.

From there, you can select another app of your preference

The second app will open in full screen, and the app you were using will move to a floating smaller window.

You can move the window to the preferred space on your screen.

How to open Slide Over using the dock

Make sure the app you want to open in the Slide over is already present in the dock. For this, you can open the app once and close it as the dock shows the recently used apps only.

Open an app on your ‌iPad‌

Slide the bottom edge of your screen slightly so that it reveals the dock to you and then let it go.

Note – Don’t slide hard as it’ll take you back to the home screen.

Touch and hold another app of your preference from the dock.

Drag the app from the dock to the middle of the screen.

The second app that you’ve dragged from the dock will now appear in a slide-over with the first app.

How to Return to Full-screen?

If you want the full-screen view back, you have to remove one app and expand the other one. There are two ways to do so, follow the steps to return to full screen.

You’ll be able to see a multitasking button ( three-dotted buttons) on the top of both apps. You have to use this button to return to the full screen.

Tap on the multitasking button at the top of the app you are willing to use full-screen.

Then, you have to tap the filled frame button, the first button from the left.

Touch and hold the Multitasking button at the top of your preferred app that you want to see on full-screen.

Make sure to drag it to the center of the screen

Once its name and icon appear, release it

How to move the Slide Over window?

You can move the Slide over window by using two ways:

You have to drag the Slide Over window from the top of the window.

The window will temporarily disappear. But you can get it back when you need it, as you’ll still have a small tab on your iPad screen that indicates that the Slide Over window is still available.

You have to drag that tab from the left edge of the screen to get the window back.

Slide-over window is a unique and useful multitasking option on iPad. You can use it to do different kinds of work. Put the window at your preferred place and get your work done.