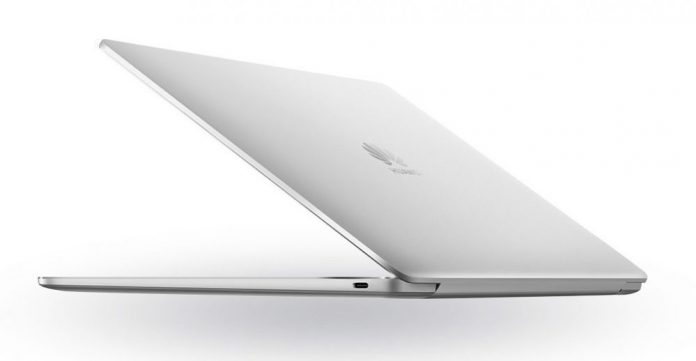 Huawei’s MateBook 13 and MateBook 14 laptops will come fresh in the year 2020. A recent leak has shown the specifications of the upcoming MateBook 13 2020 and MateBook 14 2020 notebooks. Both of these notebooks are rumored to go official at Mobile World Congress 2020 event (MWC 2020).

The notebook laptop measures 14.9 mm in thickness and weighs 1.32 KG. The power button on the notebook device will also act as a fingerprint sensor for additional security. 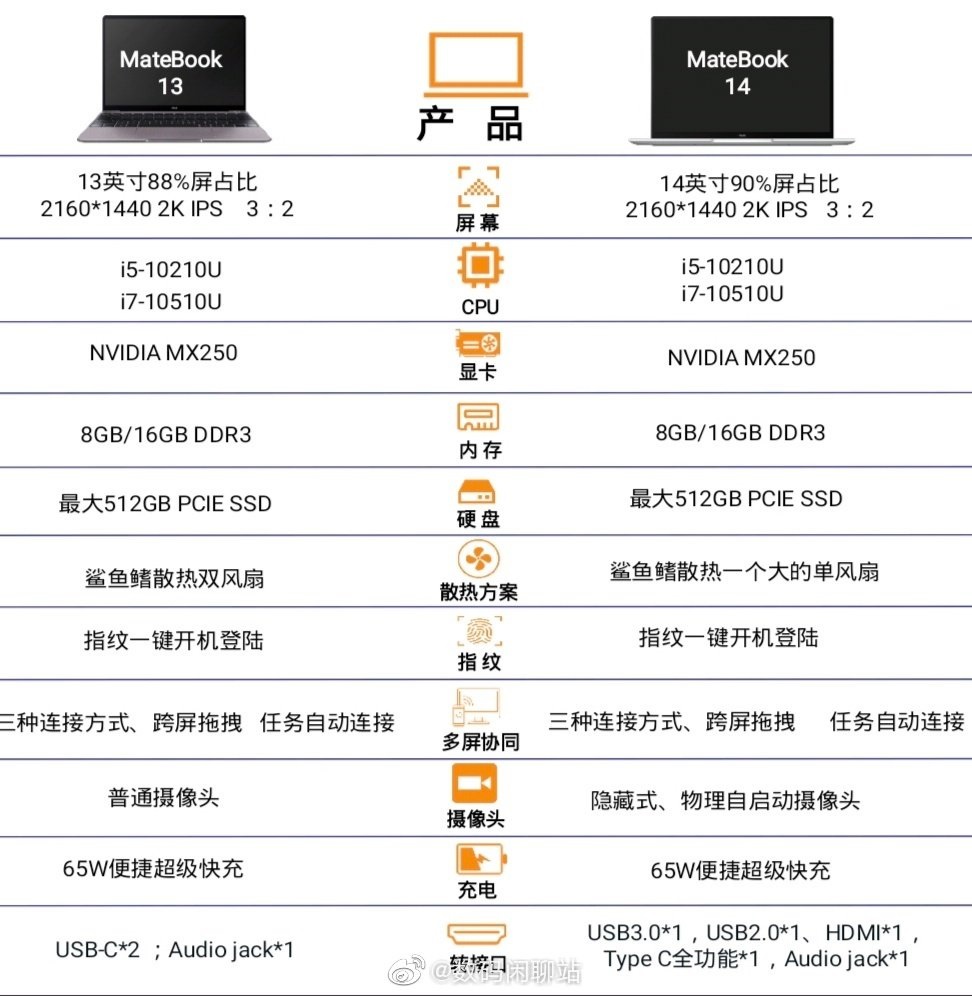 You can also expect a 8GB / 16GB RAM variant that will feature 512GB PCIe SSD storage. The leak suggests there is a 2 x USB Type-C ports along with an Audio Jack. It will also feature Shark-Fin dual cooling fans and a 41.7 Wh battery with 65 W superfast charging capability.

The Huawei MateBook 14 will be a larger model featuring a 14-inch display that comes with 2160 x 1440 pixels 2K resolution at 3:2 aspect ratio and features a 90% screen-to-body ratio. 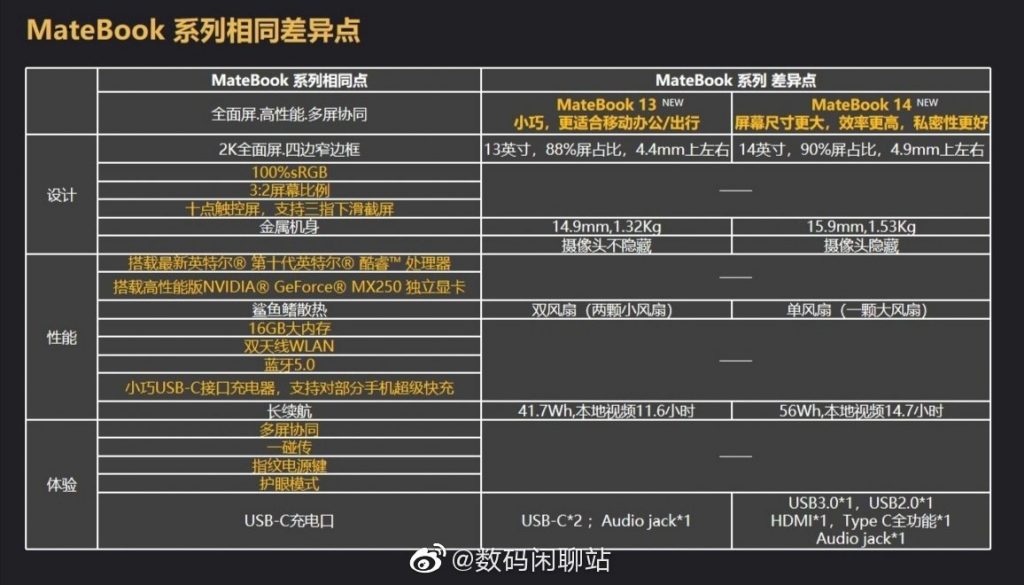 The notebook will feature one large cooling fan. A 56 Wh battery will be included with 65 W superfast charging capability via a USB-C port.

The Huawei MateBook 14 2020 is 15.9 mm in thickness and weighs about 1.53 Kg. It will feature a one-touch fingerprint sensor along with USB 2.0, HDMI, USB 3.0 port, Full Functional USB Type-C and Audio Port. That is all we have for now, stay tuned in for more updates here on KrispiTech.