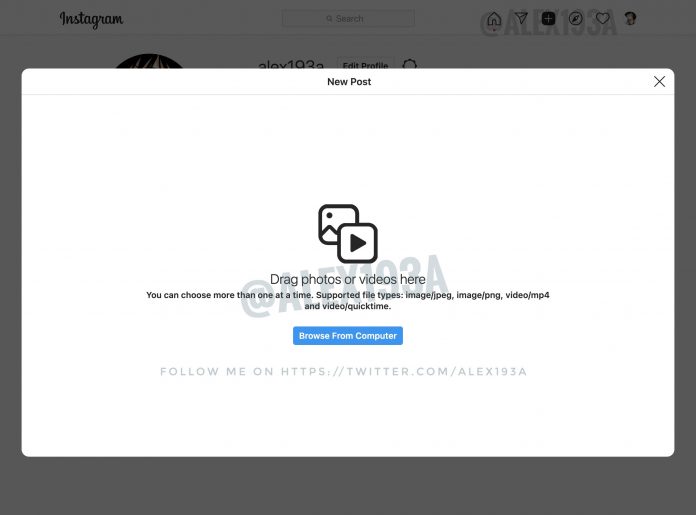 Instagram, a Facebook-owned company is working on a feature that will let users post pictures from a web browser. It is among the most widely uses social media platforms with over a billion monthly active users.

Instagram is hugely known as a photo/ video sharing app and it only allows users to post photos through its mobile app. Posting pictures and videos through a web browser is one of the most anticipated features that users are expecting from the app.

Alessandro Paluzzi, a tipster through his Twitter account revealed that the popular social media app is working on this feature. With this feature, users will be able to post pictures through their web browsers. It will then also allow users to use the platform seemingly from a browser on their desktop/laptop just like Facebook. 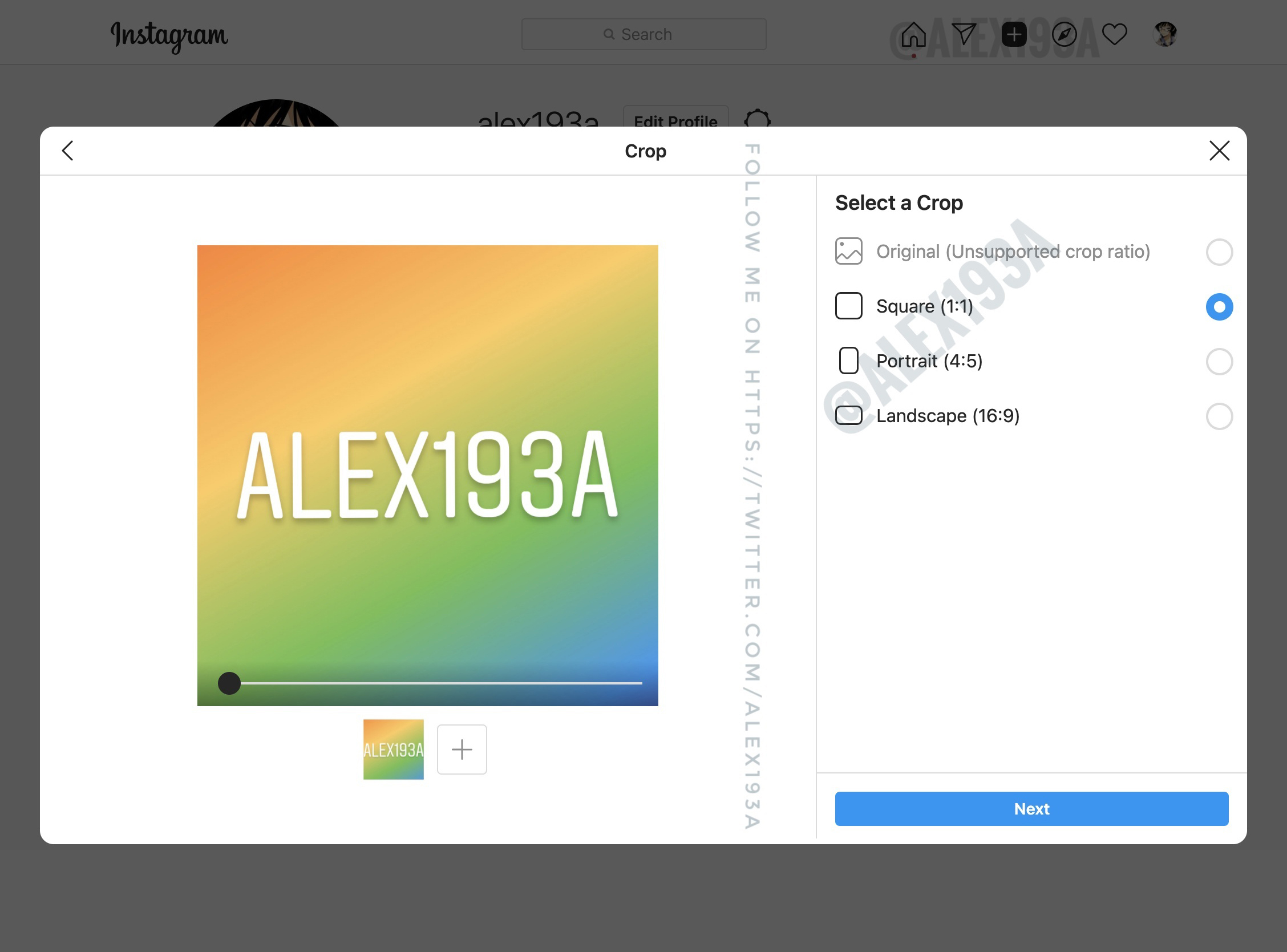 It is the most anticipated feature among Instagram users as they can use the platform from the desktops also.

The Facebook-owned platform is working on this feature silently and hasn’t made any official revelations till now. It seems once the development of this feature will complete, the platform will officially announce it. Users have to wait a little bit as it is in development and will take some time to get completed.

Alessandro Paluzzi leaked some images on his Twitter account which shows how this feature looks. The leaked images display how users can post pictures from their web browser.

Instagram is mostly used for passing time and entertainment purposes so with this users can spend more time on the platform.

As of now users have to go through a complicated procedure to post pictures through their web browsers. They have to make their browsers look/operate like a mobile app to post pictures from the desktop/laptop.

The images shown are the prototype and could change when this feature gets official. The tipster Alessandro Paluzzi is an app developer and is famous for leaking under the hood changes and new features for popular apps.