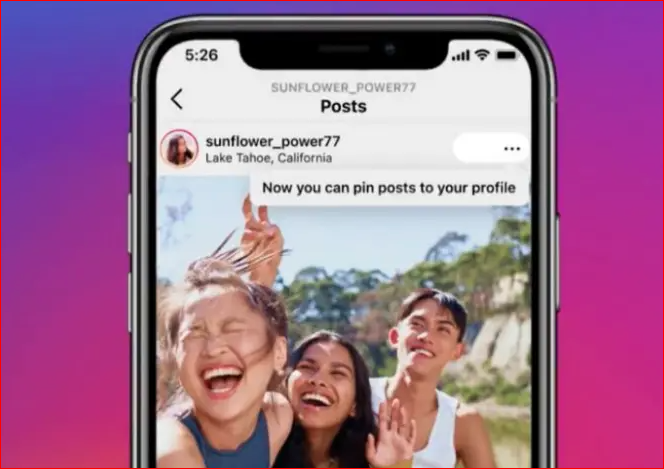 The news was confirmed by Adam Mosseri – Head of Instagram via an official tweet saying that users can now pin three of their favorite posts on their profiles on Instagram. The purpose of this feature is to highlight the specific posts on the user’s profile. The Pinned post can be a reel, a video, or a photo that users want another person to see immediately when he/she visits a profile.

Some fun, new features built for creators that make it easier to engage and share:

Let me know what you think👇🏼 See you next week ✌🏼 pic.twitter.com/VrW5IWmWcZ

When a person visits another person’s profile, three posts that have been pinned appeared on top of the profile. It is quite similar to the Pin comment feature on the Meta-owned photo-sharing app.

The process to pin the post is very simple. Just tap on the three dots next to the post you want to pin and select “Pin to your Profile” from the menu that appears. The feature is rolling out to all users globally and you need to be on the latest version of the app to get this feature so update the app and check if it is available for you or not.

The Pin posts feature is not new as many social media apps like Twitter and TikTok have this feature already available. So it is good that Instagram is also adopting the feature that makes the user experience good.

Recently, Instagram has updated it’s reel feature as users can now post reels of up to 90 seconds. Users can now also import their own Audion and stickers on Reels. The meta-owned app is working on many new features to be released soon.