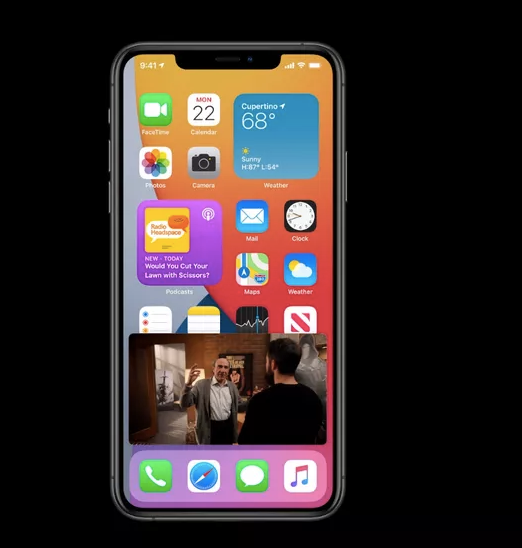 Apple announced the picture in picture mode in the next version of its operating system iOS 14. This feature is available for the beta version of iOS 14 right now and will be soon available for everyone once iOS 14 is released officially.

This feature is not new as it is already present in android devices for the past few years. Samsung introduces it for the first in its custom skin, later Google added it officially in the android 10 or later.

As far as Apple is concerned this feature is already available for the iPad users. With the inclusion in iOS 14 means now it could reach millions of iPhone users.

But as you know, if Apple introduces some feature to its products then it is better optimized and has some extra functionality. So with this feature, there is something which Google needs to learn from Apple and adopt it quickly.

Picture in Picture mode is basically you watch any video in a thumbnail size at any corner of the screen while doing other stuff. It is used for the multitasking purpose like you can watch videos while texting someone or scrolling through social media feeds.

Developers who want this feature in their apps will optimize their apps with the Apple PIP (Picture in Picture) API.

How it Works on iPhone:

This feature is a great way to multitask. If you are watching videos or doing FaceTime, you don’t need to skip the app to do other stuff like texting.

Here’s how you can use it on the iPhone. You need to watch any video on any compatible app. if some text you or an email comes and it is urgent and you have to respond to it. Just swipe up as you go home, immediately the video shrinks to the thumbnail size and will continue to play. You do other stuff like replying messages or responding to the email, the video won’t stop.

You can open other apps like social media apps or the FaceTime while the video is still running in the thumbnail view. To view the video in the original size just pinch the video for zoom and it is back to normal.

There is always an option to move the picture in the picture window to another corner of the screen if they get into your way. Just hold it and drag to any corner you want. You get all the video controls in PIP mode so you can forward the video or go back in the video.

What Google Need to Learn from Apple PIP:

Secondly, Apple also introduced a dock feature in the Picture in Picture mode. With this you can move the windows to the corner of the screen, the windows will turn into an icon on the screen. The video will disappear while the audio is still running in the background. If you want to watch the video again then you need to tap on the arrow icon you see on the screen. The window will again appear and you can watch the video.

How to fix Microphone problems in Windows 10