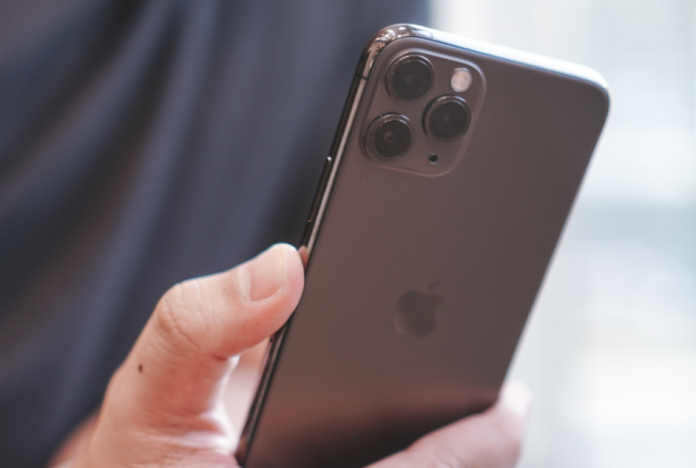 Many rumors and leaks are circulating regarding iPhone 12. The year 2020 is not what we expected. Many things have changed due to the global pandemic of COVID-19. The global epidemic has affected many businesses, including tech giants.

Every year we see the iPhone launch event in September, but due to the pandemic, the launch is pushed forward. Lockdown imposed, factories closed, supply chain issues are some of the reasons for pushing the even forward.

Apple fans have been waiting for the launch of the latest and the greatest from the Cupertino. And now we have some news when the iPhone 12 will come out.

The new rumors suggest that the iPhone 12 series will launch on October 12. 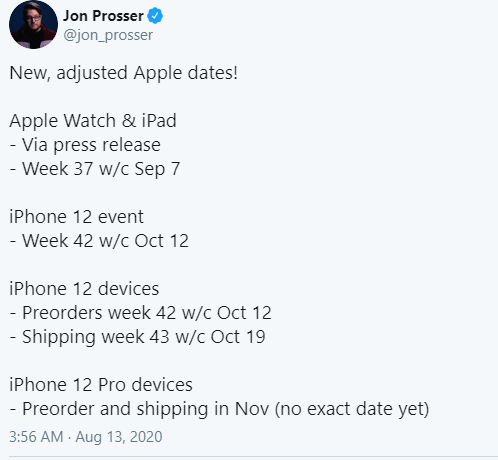 We have heard from the previous rumors that the event is being delayed for a month. Now according to the Apple famed leakster Jon Prosser, Apple will announce iPhone 12 on October 12. The preorders will also start on the same date. As far as the delivery is concerned, the standard iPhone will ship after a week on October 19. In contrast, the Pro models of the iPhone 12 series will ship in November.

This date seems to be accurate as the previous leaks suggest a month delay. The iPhone usually launches in September, and a month delay makes a sense. It is also suitable for Apple as the iPhone 12 will come out in the holiday season.

Before the iPhone launch in October, Apple will quietly launch its other products. The next Apple Watch and the iPad series will be announced on September 7. This launch will be without a proper event.

As far as the leakster is concerned, Jon Prosser has a mixed track record. Most of the time, his leaks and rumors are accurate, but sometimes he is entirely wrong. He is wrong for this year’s WWDC with his suggestions.

So we will hope he is correct this time as Apple fans are anxiously waiting for the latest iPhone. All other major companies have launched their flagship devices.

Now is the term for the Apple, and we hope that along with the iPhone 12 official update for iOS 14 will also come.

The year’s iPhone will be among the best device we all know. Top of the line specs with the performance beating all the benchmark results. We have already reported that this year’s iPhone 12 is the fastest. The A14 Bionic chip in the iPhone 12 will be 40% faster than last year’s A13 chip in iPhone 11.

So let’s see how the iPhone will compete with the likes of Samsung Note series and the Huawei Mate series.