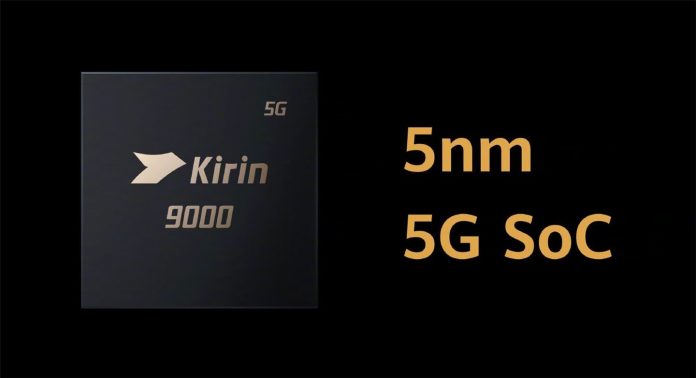 Huawei’s consumer business CEO, Yu Chendong announced at the launch event that there are 15 billion transistors added in the Kirin 9000 chipset. Due to this amount of transistors, Huawei Mate 40 series achieve high performance compared to other Android flagships.

He also claimed that the GPU performance of Mate 40 series is 50% more than the other android flagships due to Kirin 9000 chipset.

If we talk about the Kirin 9000 SoC, then it is the first android chipset to be released commercially based on 5nm fabrications. It is an octa-core chipset with 24 cores Mali G-78 GPU, 3 cores (2 Large cores & 1 small core) NPU and it consists of 15.3 billion transistors.

The standard Mate 4o uses a slightly trimmed down version of the chipset i.e Kirin 9000E. The difference between both the silicon is very minimal and there isn’t a big performance difference.

Mali G-78 GPU is used in both the silicon along with the image processor. The slight difference between the two chipsets is the cores of the GPU. Kirin 9000 uses 24 cores GPU whereas Kirin 9000E uses 22 cores Mali G-78 GPU. Another difference between Kirin 9000 and Kirin 9000E is the NPU cores. The former uses the three cores (2 large cores and 1 micro core) NPU and the later users 2 cores (1 large core and 1 Micro core) NPU. The latter is the younger brother of the former.