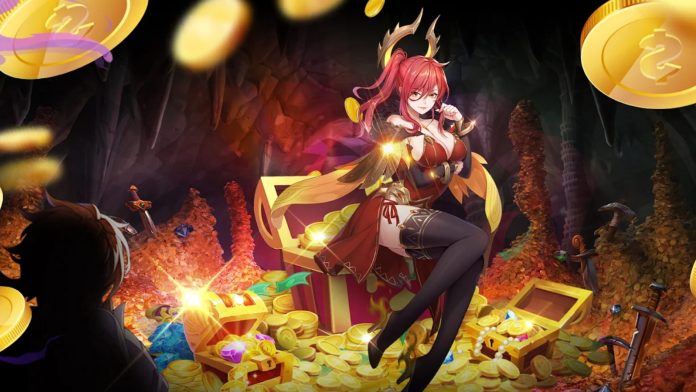 Since it’s official launch on Jan 12, 2022, League of Pantheons has swiftly become one of the coolest auto-battle Mobile RPGs on the market. It is an RPG developed by Hong Kong Game Studio Neocraft Limited which allows you to combat several mythological deities against each other. It has been gaining reviews left and right, and it’s fan base has grown much and is still growing. Moreover, Idle RPG genre fans and AFK gamers will surely take an interest in this game as it has gained some traction in the idle RPG genre. The game’s graphics are impressive, the sound is vivid, and the storyline is great. Since this game is about role-playing as a Warrior or God and then conquering lands with or without a team, knowing your heroes is necessary. We have carefully created a League of Pantheons Tier List to rank all these mighty game heroes for you to ace this mythological game.

We love that League of Pantheons is mostly focused on mythology and not just one. The game features more than 100 Legendary Heroes from 8 major mythologies, including Greek, Norse, Japanese, Roman, and Egyptian mythological immortal beings. If you’re an ancient history nerd or take an interest in the legends of old, you will surely enjoy playing League of Pantheons.

Also, don’t forget to check the League of Pantheons rerolls instructions that follow the Tier List near the end. The guide will aid you to make an ideal decision in the game.

As a new player in the League of Pantheons, you should aim for the most powerful heroes to make an incredible team. By pulling for Heroes high on the League of Pantheons tier list, you’ll stand the best chance of staying atop the PVP Leaderboards. And the earlier you do that, the more rewards you’ll gather to keep yourself on top as better characters release. In this list, the heroes are classified from ranks SS, S, A, B, and C; SS heroes are known to be the most powerful, and C as the weak ones.

Note: This tier list is solely based on the raw abilities, strength, and viability of the mentioned heroes. Furthermore, team synergy between heroes is not part of the criteria in this tier list since a team of well-synergized lower-tier heroes can outperform a randomly selected group of higher-tier heroes in other various game modes. Therefore, it is up to you how you want to build your team.

Learn more about each mentioned hero below.

SS-Tier Heroes are considered the best heroes in the League of Pantheons. These are the heroes who can easily carry your team and help you grind in the game. Moreover, they can also be of great value in a PVP game. These heroes will offer you a very good chance of dominating your opponents. You can combine these heroes with other tier heroes since having even a few heroes from this tier on your squad will help you hugely in a battle.

S-tier heroes are also considered very powerful. These heroes continue to wow us with their powers, even though they are not powerful enough as SS-tier heroes. They rank slight lower than the SS-tier heroes. You can still do really well having them on your team. Additionally, you can put them on campaigns and PVPs for quite long time as you wait to get lucky and get SS-tier heroes.

These dependable heroes perform well enough to round out your squad. They are the slightly above-average 5-star heroes in the game. Some of them are rather well-balanced and helpful, allowing you to assemble a variety of squad combinations. However, they do not stand out as much as SS and S-tier heroes. But they still can be quite valuable in some cases and give an acceptable level of difficulty in some game modes.

Although these heroes have a few distinct characteristics, they are not enough to justify using them above other heroes in their tier. They are average characters, and some are below average because of their very mediocre abilities. They are not too bad, but they are also not exceptionally good as compared to above mentioned ones. They have strong abilities and contribute notably when teamed up with SS or S-tier characters. However, if you want to progress in the game using B-tier characters, you must plan ahead of time since each encounter grows tougher. So it is advised that you use them as you just start the game, but it is in your best interest to replace them with higher-tier heroes as soon as possible.

The C-tier stands for “cut it out”. C-tier heroes in the League of Pantheons are the ones to avoid in the game. The tier contains the game’s weakest characters, which the other superior heroes can easily outmatch in the game. Furthermore, the tier has the lowest offensive and defensive metrics. Despite their look, C-tier heroes have less effective attacks and take more damage. Their abilities are also insignificant and provide very little assistance in combats so they must be avoided by the players to ace the game.

So, here’s our carefully curated League of Pantheons Tier List. If you ever face the confusion of choosing between the 5-star heroes, make sure to check on this blog!

Apart from the standard single summon that most AFK RPGs will give you, this game will also give you the unique Revelation Summon Scroll. It’s a gacha-style summon where you will be getting multiple heroes in a roll. However, you will not get a random hero. You will get a chance to preview the list of heroes that you will be getting before you confirm it. You can simply reroll if you don’t like the heroes you see. Rerolling will aid you to get your favorite characters in the game. If you don’t know how to reroll in League of Pantheons, here are the steps to help you:-

If you are happy with the rewards, you are good to go. Log in using your Gmail credentials and enjoy the game. But if you are looking for a different hero as a reward, follow these steps:

So, this is all about it. We hope this League of Pantheons Tier List and Rerolling Guide helped you start the game more efficiently. Let us know in the comments who your favorite hero is. Also, feel free to share any queries or feedback regarding the blog.