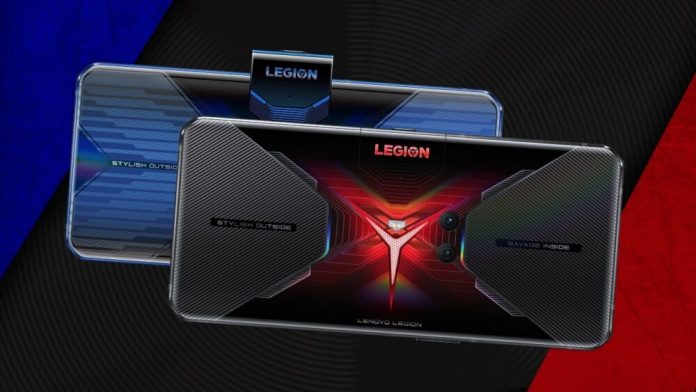 Competition for gaming phones is heating up. After the launch of the third generation of Asus ROG phone, Lenovo launches its first gaming phone Lenovo Legion.

Chinese largest personal computer manufacturer launches its first gaming phone under the brand name of its gaming computer “Legion”. Just like the Asus ROG 3, the legion phone also comprises of the most higher-end specs anyone can find out on any mobile phone.

These specs include the most premium and higher-end Qualcomm Snapdragon 865+ with a 144 Hz refresh rate at the most surprising price. 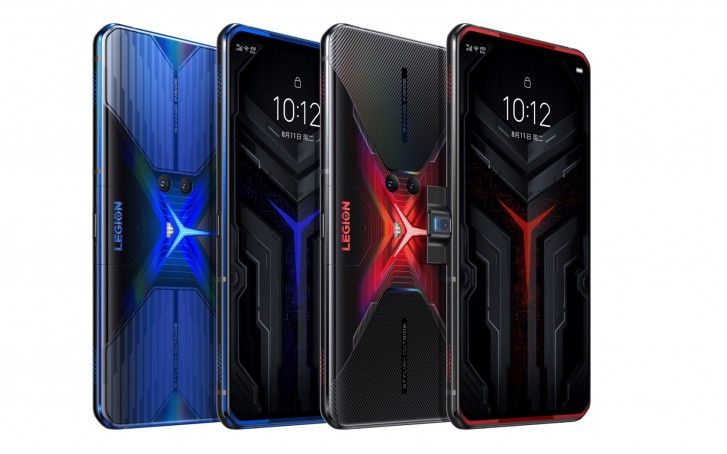 The Lenovo legion comes with a unique design that users have not seen it before. It contains a full-screen display and the most amazing thing is that it contains a pop-up camera. The pop-up camera is not on the top just like the other phones we have seen, its on the side of the phone which is a unique thing. Lenovo’s argument to this is with the side front-facing camera. Gamers can easily live stream themselves while playing games. Due to the pop-up camera, they achieved the fullscreen display.

The display is a 6.65 inch AMOLED panel with a higher refresh rate of 144Hz and also includes an on-screen fingerprint scanner.

On the back, there is also a unique design. There are two cameras present that are placed in an odd position. The odd placement of cameras is mainly due to providing a better grip to gamers while playing games.

The two cameras are placed on Lenovo’s sub-brand legion unique aesthetic with the text written in a horizontal way. The text states that “stylish outside, savage inside”, which is not according to everyone’s liking.

Under the hood, there is the most powerful Qualcomm snapdragon 865+ and it is the only second phone to come with this Soc. Other than that only recently launched Asus ROG 3 comes with the snapdragon 865+. Apart from the chipset, there is a massive 16GB of LPDDR5 RAM and a 512GBG of UFS 3.1 storage. There is no option for the microSD and 512GB it is sufficient for most users.

Lenovo designed a custom skin for the software based on the Android 10 and is called Legion OS which handles all the software side.

There are two cameras on the rear side. The main camera is a 64-megapixel sensor and the second camera is a 16-megapixel ultrawide lens. The cameras are capable of recording videos of 4k at 60fps.

The side-mounted pop-up front camera is 20 megapixels and can also record 4k videos at 30fps.

It contains a big battery of 5000 mAh and can provide all-day battery life to the power users. As far as the charging is concerned then it is noted that Lenovo’s Legion Dual is the fast charging phone in the world. It can have a charging speed of 90W that can charge its battery from 0% to 100% in 30 minutes. The charging speed of 90W is also the most highlighted feature of this gaming device.

Another main unique selling point of this device is the price tag. Lenovo starts its gaming phone with the most affordable price tag which becomes the biggest reason to consider this device. The phone will start at an amazing price of $500 for the 8GB RAM and 128GB internal storage variant. The most spec out variant (i.e 16GB of RAM and 512 GB of internal storage) will cost $857.
(Source)