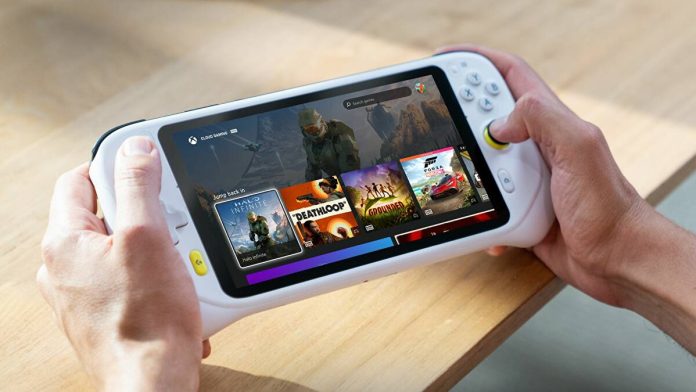 Similar to Nintendo Switch and Steam Deck, Logitech has made it’s own handled gaming device called Logitech G Cloud – which runs on Android!

With a Snapdragon chip, 4GB RAM, and 64GB ROM, this device includes all the gaming buttons, including two analog joysticks and an audio jack. It’s capable of running AAA titles streaming from the cloud, so you will need either of the Cloud gaming subscriptions from Xbox, PlayStation, etc., for playing.

Logitech is one of the few OEMs that’s advancing into the video gaming segment lately from being a regular computer peripheral maker. Last month, the company announced a partnership with Tencent to make a handheld device for video gaming.

And now, it showed up with Logitech G Cloud – an Android-based handheld device capable of running AAA games through cloud streaming. Thus, you shall need a subscription from either of the cloud gaming providers, like Google Stadia, Xbox Game Pass Ultimate, NVIDIA GeForce NOW, or a Steam Link.

Hundreds of games in the palm of your hands. It’s time to Play Ridiculous with the Logitech G Cloud.

Internally, it runs on a Qualcomm Snapdragon 720G chip and has 4GB RAM with 64GB internal storage. In terms of connectivity, it supports Wi-Fi 802.11a/b/g/n/ac, Bluetooth 5.1, Linear Haptics, a stereo speaker, a 3.5mm audio jack, and a USB-C port.

It’s powered by Android, so it has Google Play Store and apps like YouTube, Chrome, and others for more fun. Logitech’s G Cloud is available to pre-order in the US and Canada for $299 as an early bird offer. After which, it’ll be priced at $349.99 apiece. Shipping in these regions will start from October first week, while global availability is unknown.