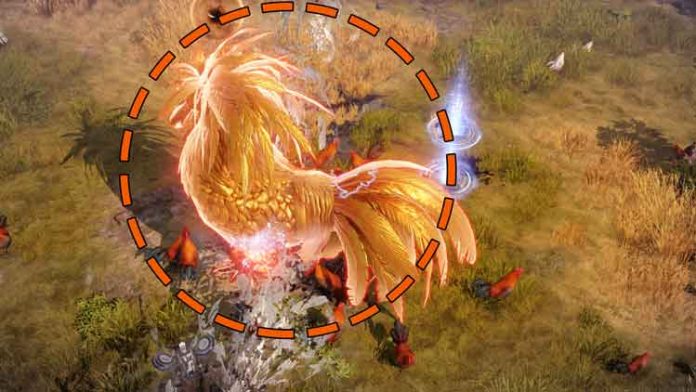 The popular game Lost Ark was first released in 2019 and received both positive and negative reviews. Though there are both kinds of players who did not love and extremely loved the game, there is no debate that it is one of the most famous and popular games. If you are one of those players who love to play this game but looking for an Alakkir Island guide, you are at the right place. Here we will thoroughly discuss that Island, including the topics such as where you can find that and how you can see the location. Let’s dig in.

A few words about Lost Ark

It is a 2.5D action role-playing game that is perfect for players who love to play action games. The game was developed by Tripod studio, but there are many publishers of the game, such as Smilegate, Amazon Game Studios, and My.com. Players can enjoy this game on both Microsoft Windows and GeForce Now. According to the critics, it is an amazing action game, and that’s why it has won over 6 game awards in different categories. It offers the players the essence of both action and role-playing. Players can also get the game for free for Windows on Steam. So, it is hassle-free to download and play the game.

Before knowing about the benefits of the Island, you have to know what it is. The Alakkir Island is a special Island that you can see in the gameplay during both day and night cycles. It is a huge Island and also comes with several locations for you that you will need to visit and complete the quests. On this Island, you can also collect a lot of items and use them later in your game for a better gaming experience.

Where to find Alakkir Island in Lost Ark?

Players can easily find Alakkir Island on the left of the Arthetine continent. It does not always stay there, but it appears at certain times of the day that you will be able to notice during your gameplay. To go onto the Island, you must press “G” on your keyboard.

Who does not like boss fights, especially players who love playing action games. They are engaging and entertaining, and this Island also offers you that. On this Island, boss fights are called Terrifying Chickings. In this entertaining fight, you will need to beat 3 massive chickens in the battle and get the reward. You’ll get their feathers as a reward that can be exchanged for some other items at the island vendor.

To start the quest, you will need to find the exclamation mark on the map first. There, you will be able to find an NCP named standards. Once you interact with the NCP, it will get started.

Talking about the fight, first, you will need to fight two chickens that will be huge and white and black in colour. They will attack you with their beaks. To get their feathers as a reward, you will need to kill them. After killing the first two chickens, you will have a golden chicken as your opponent. It can be a tough fight as this chicken will be more healthy and cunning. You will need to kill the golden chicken and make sure to find the eggs on the Island. You may use them later in the game as some special collectibles.

Here are the rewards you will get once you finish your quest:

What is the Mokoko Seed Location on Alakkir Island?

Mokoko seeds are extremely important in this gameplay, and if you are a player, you would need them at every step as these seeds can be used as a currency in the game. You can buy some special or rare items in exchange for these seeds. You can find them on Alakkir island as well. It is not on the land. You can find them on the rocks near the shore, beside the wreckage of a few ships. Once you reach that place, you’ll need to find the ship and go to the left side of it to find the seed.

If you’re confused about what is “I can’t just sit on my hands,” let us tell you that it is nothing but Una’s task. If you finish this task, you will get 10 points. It will also be a fun experiment that you can get on the Island. There are three tiers of this task available on the Island. Remember that you will need to complete all quests of a tire to proceed to the next one.

The Island comes with it’s own token, which is called Island hearts. They are very useful as you can use them to exchange with others for buying special items. You will also get the tokens when you win the boss fight by defeating all of those three huge chickens. Here are the rewards you will get.

This was it. We’ve discussed every aspect of Lost Ark Alakkir Island on this guide. Hope this guide has helped you, and after going through the complete article, you have a basic idea of this mysterious Island.