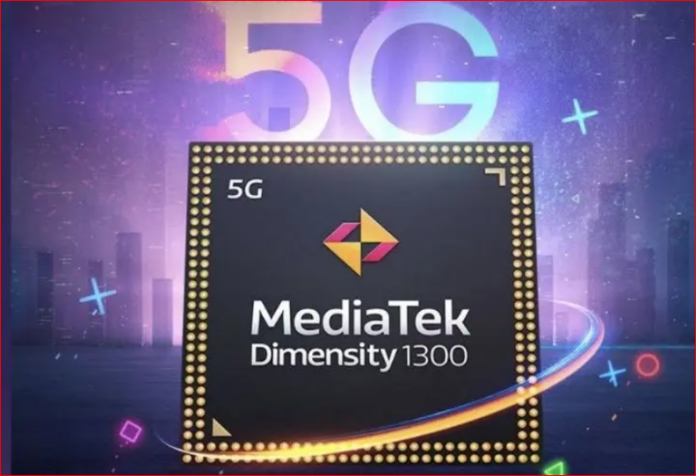 MediaTek announced another 5G chipset for it’s popular Dimensity lineup that goes by the name Dimensity 1300 5G SoC. It is an update over the last year’s Dimensity 1200 5G and is built on the same 6nm fabrication process from TSMC. this chipset is an octa-core chipset and has few increments over it’s predecessor. Let’s have  a detailed look at the MediaTek Dimensity 1300 5G SoC: 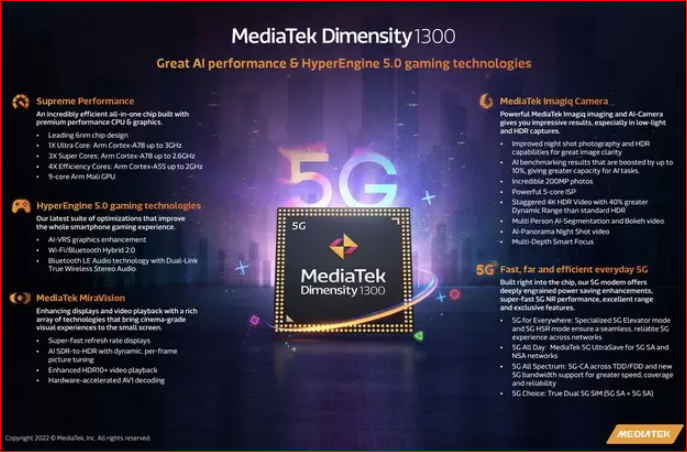 The chipset is also equipped with APU 3.0 which gives improved AI performance. Also, this chipset comes with the company’s Imagiq camera which provides low-light image capture and 40% more dynamic range in 4K HDR video capture than it’s predecessor. There is also support for a 168 Hz refresh rate for displays, a maximum screen resolution of 2520*1080 pixels and a Mira Vision enhanced video playback.

MediaTek announced this chipset recently and the upcoming rumored OnePlus Nord 2T might be the first device to come with this chipset in the coming months.