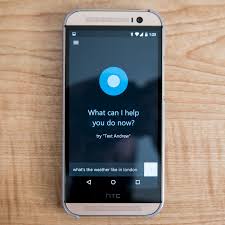 Additionally, the Cortana support for the Harman Kardon smart speaker and the first-generation Surface Headphones will also be ending in 2021. Microsoft is planning to only provide its Artificial intelligence voice assistance for the Microsoft 365 apps only.

“As we make this shift toward a transformational AI-powered assistant experience in Microsoft 365, we need to adjust our focus areas of innovation and development to give our customers assistance where they need it most. As a result, we are making changes to some U.S. consumer-centric features and functionalities with lower usage.”

Cortana is voice assistance similar to Google Assistant and Apple’s Siri and provides features like music controls and controlling smart home devices. This step to end Cortana support for iOS and Android have taken by Microsoft in order to provide better supports for its software.

Microsoft new update for windows 10 provide some Cortana integrated options for the Outlook app and the Teams app. Users will now be able to control and manage emails, meetings, appointments, Calendar with easy with the new design and integration of Cortana with Windows 10. Harmon Kardon speaker owner will get a $50 gift card as a compensation

“Additionally, we are offering the opportunity to receive one Microsoft $50 gift card per active Invoke to the owner of the latest U.S.-based Microsoft account used to set up an Invoke speaker that sent a voice request to the Cortana service after July 31, 2019, and prior to this announcement,”.

The users of the first-generation of surface headphones will be getting a $25 gift card as compensation.