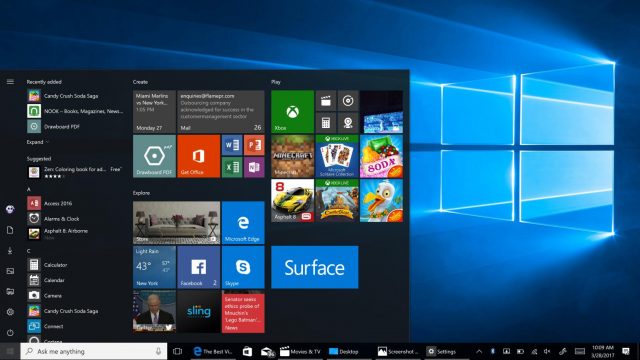 Microsoft launched the Windows 10 20H2 Insider Preview Build no 190420421 for the beta users who are using the fall update of the operating system. The software giant surprised everyone by launching a massive update that is only available previously through its developer’s channel.

As far as the update is concern this Windows 10 20H2 Insider Preview Build no 190420421 isn’t looked like a small update or update with little tweaks. The Redmond headquarter has been trying hard to revamp its insider preview and making improvements in the release of its update.

According to these reports, the next windows 10 H2 update will be a massive one and includes lots of new features. These features are which are already being tested by Microsoft through its developer’s channels.

Microsoft Dev channel received these features with the build number 20161 earlier this month. The company’s beta channel has been receiving many updates over the year making users thinking that the windows 10 update 2009 has finally completed.

It is not the end of the windows 10 version 2009. The beta channel of the version 2009 also receives these major updates.

Change in the start menu:

With this new update feature, Microsoft is completely revamping windows start menu design. The app icon in the start menu now looks more streamlined with solid color being removed from the background of the apps. Now the app list and the app tiles look transparent partially. This design pattern is following the footstep of Microsoft’s fluent design which was launched for the office apps earlier. Microsoft also redesigning all its default and built-in app icons matching its fluid design.

The new start menu design seems amazing in both light and dark themes. If you want to make an app background with a splash of colors then first you need to turn the dark mode on. Then you need to go to the settings then personalization in settings. Then select a color in personalization then apply the accent color who desired for your app’s background.

Multitasking of Tabs in Microsoft Edge:

If you do a lot of multitasking on your windows then you probably know the combination of Alt + Tab. This combination is used to switch between the apps and folders currently open on the windows.

With this build, you will be able to use this combination to switch between tabs open in your Microsoft edge.

Microsoft adds customization of this feature also in this built. First go into settings, select systems, and then select multitasking. In a multitasking window, you will be able to configure it. You can choose to completely turn off this feature or select between the last three or five tabs to switch.

Note: For this feature, you also need developer build or the canary build of edge browser. Version requirement (83.0.475.0 or higher)

We have another new feature we’ve been working on to make you more efficient when browsing the web: quick access to tabs for your pinned sites. Clicking a pinned site on the Taskbar will now show you all of the open tabs for that site across any of your Microsoft Edge windows, just like you’d expect for any app with multiple open windows.

NOTE: Since this is an early preview, existing sites on your Taskbar will not experience this new behavior until you remove and re-pin them.

We want to help customers get the most out of their PCs from day one, and that starts with offering a cleaner, more personalized, out-of-box experience to give you the content you want and less clutter. This provides us with a flexible, cloud-driven infrastructure to test customer reception of default Taskbar content and tailor these layouts based on user and device signal.

We will evaluate the performance of individual default properties, monitoring diagnostic data, and user feedback to assess an audience’s reception. Using this information, we will tune default layouts to minimize clutter and perceptions of bloatware.

Please note that this experience is limited to new account creation or first logon scenarios. We will not use Programmable Taskbar to alter the Taskbar layout on existing accounts.

We are making some changes to improve the notifications experience in Windows 10.

First, know where your toast is coming from by checking out the app logo at the top. Done with the notification? Select the X on the top right corner to quickly dismiss and move on with your life.

And second, we are turning off the Focus Assist notification and summary toast by default, so we will no longer let users know that Focus Assist has been turned on through an automatic rule via a notification. This can be changed back to the previous behavior via Settings. 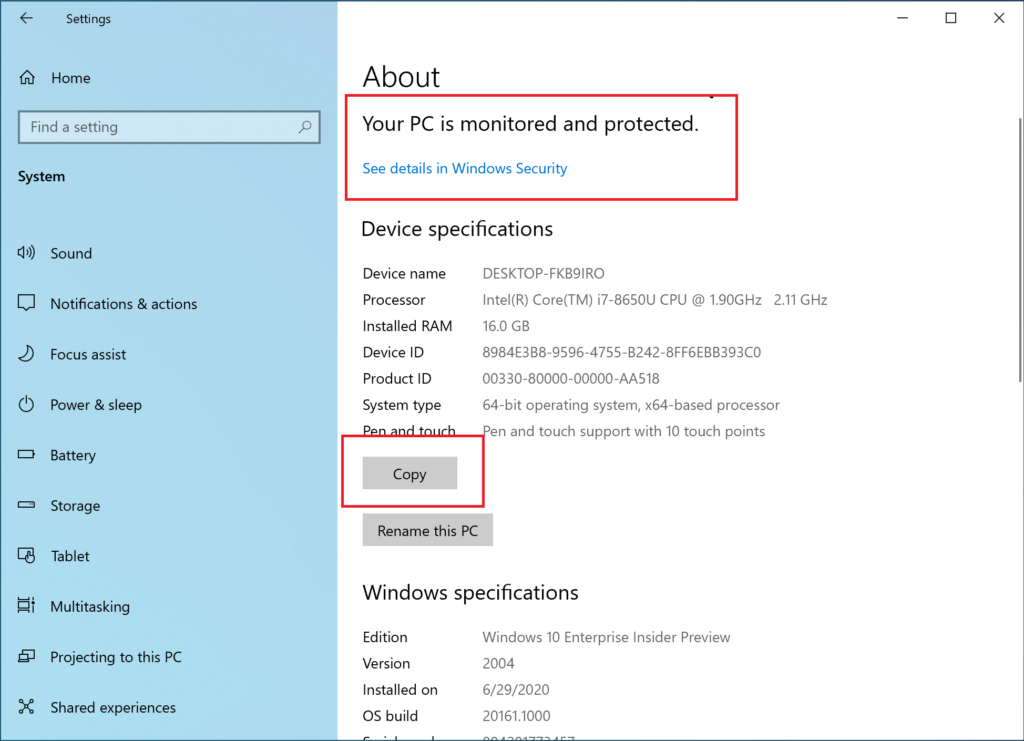 There will be more improvements coming that will further bring Settings closer to Control Panel. If you rely on settings that only exist in Control Panel today, please file feedback and let us know what those settings are.

Improving the tablet experience for 2-in-1 devices

Previously, when detaching the keyboard on a 2-in-1 device, a notification toast would appear asking if you wanted to switch into tablet mode. If you selected yes, you would switch into tablet mode. If you chose no, it would give you the new tablet posture experience introduced in the May 2020 Update (or simply the desktop on earlier versions of Windows 10). We are further updating this experience by changing the default, so that this notification toast no longer appears and instead will switch you directly into the new tablet experience, with some improvements for touch. You can change this setting by going to Settings > System > Tablet. Some users may have already seen this change on Surface devices.

In addition, a new logic is incorporated to let users boot into the appropriate mode according to the mode they were last in and whether the keyboard is attached or not.

The new Local Users and Groups modern device management (MDM) policy allows an administrator to make granular changes to a local group on a managed device, on par with what has been available to devices managed with on-prem Group Policy (GP).