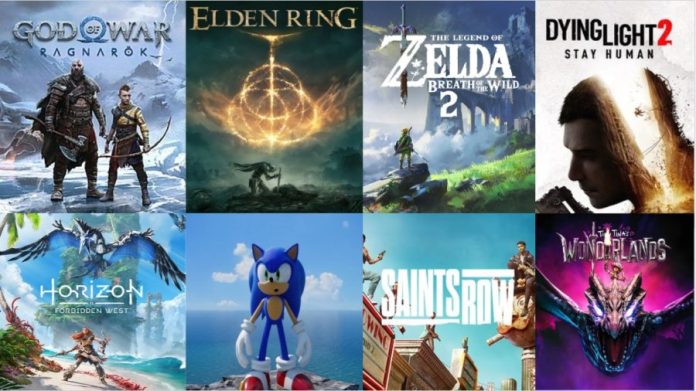 2022 has already witnessed outstanding game releases that span a number of genres. Open world games, first person shooters, role-playing games and even play to earn titles have all been thrown in the mix. Despite releases such as Horizon Forbidden West and Elden Ring becoming massive hits, the holiday/fall season continues to maintain its title as the most popular season of the year for video game releases. However, numerous big-time releases will show up in the next 2 weeks, allowing the fans to decide what they wish to pick up, what they should be waiting for, and others.

Fortunately, there are still a lot of high-profile titles that are available this fall. It cannot be denied that video game releases are always full of excitement. Did you ever expect Marvel’s Midnight Sun to get delayed once again? And this can happen for any of the games that are listed below. It cannot be denied that delays are never off the question. And since the video gaming industry uses holiday and the term quite loosely, thus this list is going to focus on the releases that are expected between September and December, which means titles such as Saints Row don’t qualify here. Yet, Saint Row is most likely to be the video game that players are longing to release. And along with it, there are even many other options you can look for as listed below, as per their release order.

The most anticipated video games of 2022 in order of the release date:

The Last of Us Part 1- September 2

Though it’s first reveal is full of controversy, The Last of Us Part 1 is a remake of the very first or original title. This is one of the great video games that is easily available on Sony’s IPs, fans will experience the story of Joel and Ellie once again with some new and exciting features that are possible only due to PS5. Enhanced graphics, amazing accessibility options, DualSense features, and outstanding depiction of how the Naughty Dog is experiencing it’s actual perception with this same title.

The Last of Us Part 1 is set to release on September 2 on PlayStation 5. A PC port is now in development.

The Nintendo Switch has witnessed an outstanding year, which is likely to continue even with the fall release. Coming up first is Splatoon 3, which is expected to be complete with different online offerings and a single-player campaign related to the return of the Mammalians. This comes with the Turf War multiplayer, which is a new competitive card mode, a Salmon Run Co-op mode, and beyond. It is scheduled to release on September 9 for the Nintendo Switch.

Overwatch 2 will be available as of October 4, 2022, and it will likely come with many changes for the hero shooter. At it’s base, it will be quite similar, but you will be coming across new heroes, getting an idea about the ropes of the new 5v5 gameplay, and relish the fact that the same is going to be free to play. For the universe fans, the single-player campaign is even a promising feature, even though it is important to consider that it will not be available on October 4. Technically this is an early access release, so the fans must remember that more changes and tweaks will be coming up with the game post-October 4th.

Overwatch 2 will be released on October 4 for PS4, PC, PS5, Xbox One, Switch, and Xbox Series X/S.

Stealth action-adventure title- A Plague Tale: Requiem, witness the adventure of Hugo and Amicia continue. Now they are in search of a cure to the blood disease Hugo is experiencing in Southern France. They will come across Inquisition and the rats that are responsible for spreading this black Plague.

A Plague Tale: Requiem constitutes a large number of gameplay improvements, including that Amicia will no longer die just from a single hit, thereby opening up numerous methods to handle these stealth encounters and their chances. It is scheduled for release on October 18 for PC, Switch, PS5, and Xbox Series X/S.

This crossover title Mario + Rabbids King Battle was a very popular and surprising crossover among Ubisoft and Nintendo, and this is continuing with an amazing sequel for this year.

This time you will be facing Cursa- an entity seeking the energy of Sparks. Presently, the galaxy is in chaos; thus, it is upon Mario, his friends, and their Rabbid counterparts to come up together to defeat them. Players will have new allies around them this time, including the browser’s playable addition.

Mario + Rabbids Sparks of Hope will be released on October 20 for Nintendo Switch.

October is often known as the spooky season, especially because it is also when people celebrate Halloween and play several horror games. Scorn is among those video games and has been developed with a dedication that is visible throughout this development and all thanks to the well triggering visual style that Zdzislaw Beksinski and H.R. Giger influence, along with an exceptional biomechanical approach. The players in Scorn control a skinless humanoid on a hostile and nightmarish alien planet, as the players are searching for answers about this unique world. Here players will also get the opportunity to use the biomechanical weapons implanted in the player’s bodies, ensuring enough bodily horror for all the fans. This game will be available for Xbox Series X/S and PC on October 21.

This game unfolds a lot of mystery around Batman’s death, even though the developers insist that he is not yet dead, and you will have to deal with the court of owls as the lone antagonist. Gotham Knights has been enjoying much marketing, with a reliable focus on the playable characters, but you can expect the developer to show off some of the other villains as well before October. Gotham Knights is all set for release on October 25 for PS5, PC as well as Xbox Series X/S.

Well, no wonder you have been waiting for the threequel to Bayonetta for a long time, and it is all set to be released just a few days before the spooky Halloween days, matching the aesthetics. This time Bayonetta will be joined by new and old allies, along with alternate versions of herself, as well as a witch in training named Viola for combatting the Homunculi, and will be traveling to the island of Thule and defeating the schemes of singularity. With some new switch-focused gameplay and features, it looks like it will be living up to the hype surrounding it. Bayonetta 3 is going to be released on October 28 for Nintendo Switch.

Modern Warfare’s 2019 reboot version is one of the best of the Call of Duty video games of recent years, and this is raising the stakes for Modern Warfare 2. After all, it cannot be denied that the OG Modern Warfare 2 is among one of the most preferred ones in this whole franchise, which means this reboot has some big milestones to reach. Fortunately, it is all on track for that. It is set about 3 years post Soap created the Task Force 141. The synopsis creatively reveals that Task Force 141 aims to contain a certain situation whereby a US missile strikes and kills a foreign general while fighting the Las Almas and Al Qatala. Even though multiplayer is a very big reason for the selling point of this game to grow, the same was revealed recently that even a multiplayer reveal would be taking place this month i.e., September. Call of Duty: Modern Warfare 2 will be launched on October 28 for PS4, PC, Xbox One, Xbox Series X, and PS5.

It is not possible to state which among all these games is the most demanding one from the lot, but a strong guess is in favor of God of War Ragnarok. Very little has been revealed, but many players are excited to see the next steps of the journey. Atreus and Kratos are trying to prevent the apocalyptic events of Ragnarok from unfolding with Thor and Freya- both of whom are major antagonists. Now the wait is to see how all other characters, such as Fenrir, Angrboda, and Tyr, are all tied in, but it cannot be overlooked how players are going gaga about this title. This is true especially given that the fans are well aware of how it brings the God of War’s Norse saga to a good end, in one way or the other. The game is set to release on November 9 for PS5 and PS4.

Nothing can ever build that hype as a new generation of Pokemon can! Isn’t that true? Well, of course, yes, Pokemon still happens to be one of the most viewed shows on YouTube and Tv. There is yet a lot to be shown regarding Pokemon Scarlet and Violet, as many of it’s brand new features have proved exciting for the fans. For the first time, a true-open world Pokemon title is here with a completely nonlinear story design, featuring the cooperation of 4 players and many who have fallen for the new starters- Sprigatito, Quaxly, and Fuecoco. The very recent Pokemon Scarlet and Violet trailer features some new Pokemon, such as Cetitan and Fidough, and happens to stand out as a reason why players expect more new faces to get revealed just ahead of the launch. Pokemon Scarlet and Violet will be released on November 18 for Nintendo Switch.

The Callisto Protocol is another amazing horror game all set to come up this year even after the spooky season, i.e., October. Many fans were immediately hitched to this project since it is directed by the one and only Glen Schofield, the co-creator of the Dead Space series. This also puts a lot of expectations on this game, but whatever has been shown so far is promising and a frightful delight.

This game is set in the background of 2320, in a prison colony named Black Iron on the Callisto Moon of Jupiter. Players will be taking the role of Jacob lee, who, during an alien invasion, is caught in this prison. Given this, Scorn, as well as the releases of the Dead Space and Resident Evil 4 will come with a remake in the first half of 2023 and the horror lovers are going to have a great treat for a couple of fans. The Callisto Protocol will be launched on December 2 for PS4, PC, PS5, Xbox Series X and Xbox One.

Previously scheduled for release in the Holiday season of 2022, Hogwarts Legacy will be released on February 10 2023. It will be one of the most dubious titles discussed in this list since there are still some speculations related to it’s release date. It must be noted that even though recent leaks are pointing toward a February Release, it is likely to get a little far as well.

In this game, the players will be experiencing a Hogwarts set that is far away from anything you witnessed in the Harry Potter Movie world and become a student sorted into any of those 4 houses. A strong connection to a goblin rebellion, ancient magic, and more are effectively tied to this plot, even though it is yet to see how things are coming together.