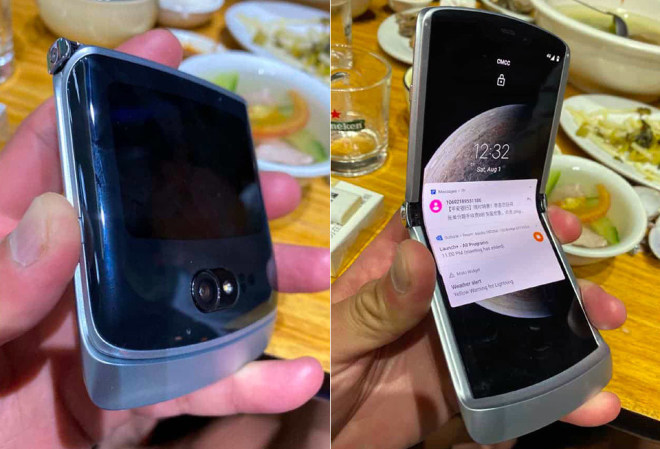 Motorola’s attempts to the foldable phone is widely criticized by the tech community and isn’t well-received by the public. The 2019 version of the foldable from Motorola is unsuccessful.

The company is hoping for success with the successor. According to the reports, the company is unveiling its next generation of foldable devices on 9th September 2020.

The new leaks show that the device looks similar to its predecessor and has changed in the internals. So will the internal changes work for the Motorola?

The main criticism of the last year’s Moto Razr is the slightly old and mid-range specs at a flagship price.

This year there were reports that Moto Razr 2 has a large 6.7-inch display and has 5G support. But the company made only internal changes, and the overall footprint of the device remains the same.

The next generation of the foldable will be named “Moto Razr 2,” or it will be “Moto Razr 5G”. Motorola invites the tech community for a live stream event on 9th September with the invitation “Getting ready to flip the smartphone experience once again.”

Notable changes in the Moto Razr 2:

Reports were circulating last month that Motorola wants to bring 5G connectivity in a foldable device with Android 10. Apart from that, there is a slight upgrade in the chipset as Motorola uses snapdragon 765. There is an 8GB of RAM and 256 GB of internal storage.

The display will remain the same as its predecessor, which is 6.2-inch pOLED. The display resolution is 2142*876, and the external display remains a 2.7-inch screen. There will be a dual rear camera that Motorola has upgraded; they are 48 megapixels and 20 megapixels. However, the battery is on the lower side with 2845 mAh, and there is a Nano sim card slot.

The previous one is $1400 or 1200 euro, which is in line with the flagship devices. Devices like iPhone 11, Samsung S20, and Note 20 will be exciting to see the price of this device.