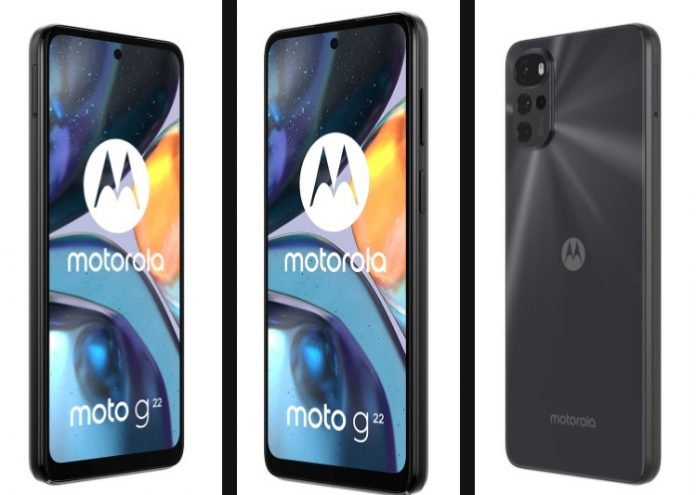 New leaks regarding the Motorola G22 have been leaked, revealing the key details of the upcoming budget phone.

These include Moto G22’s display, chipset, storage, battery, and ports. Also, the image renders of the handset too were revealed. The Motorola G22 is scheduled to launch in this quarter and will strengthen its mid-range segment.

Since Lenovo’s backing, Motorola has bounced back with a bang in the smartphone industry. Though it’s hard to regain the lost legacy in today’s competitive market, Motorola is still one of the best players in this segment.

And the main thing fuelling it’s pace in the smartphone industry is it’s mid-range phones. The company’s G-series are it’s total strength, even though it’s trying to shine in the premium segment. Well, cementing Motorola’s mid-range position, we now see a new phone coming – Moto G22. 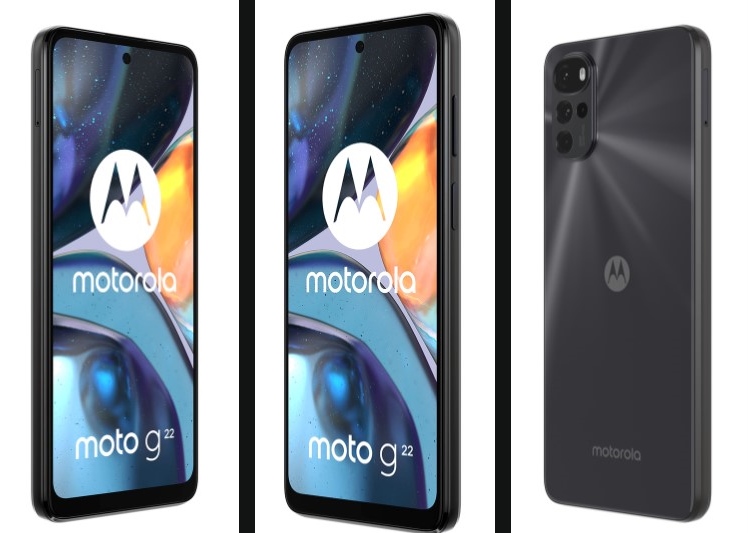 As per WinFuture, Moto G22 sports a 6.53″ 90Hz OLED display with 1600 × 720 resolution. Although, 91Mobiles says that it’ll have an LCD panel with the same resolution. Motorola has started offering high refresh rates to even it’s budget phones last year and is resulting in good.

It’s initially planned for the European market, so may start with 4GB RAM and 64GB storage, and have more storage variants in the other markets. Under the hood, it may have a MediaTek Helio G37 chipset, which has a clocking speed of 2.2GHz. But, this chip doesn’t support 5G.

More details include having a dedicated microSD card slot, Bluetooth 5.2, 3.5mm headphone jack, and a side-mounted fingerprint sensor set into the power button. Regarding cameras, the G22 may have a 50MP (f/1.8) primary sensor, an 8MP ultra-wide lens, and a couple of 2MP depth and macro sensors. Upfront, there will be a 16MP (f/2.0) lens.

Finally, it’ll have a fair 5,000mAh battery supported by 10W fast charging. Though it’s low as per current market standards, it can help the user stay active for a long time considering Moto G22’s display and chipset.

Moto G22 is expected to come with Android 12 out-of-the-box, and we have no pricing details yet. We shall wait for more leaks to come before it’s official unveiling.