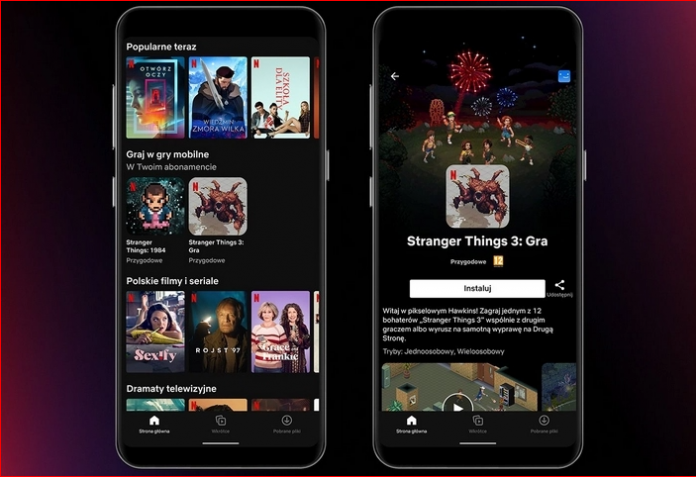 Following the confirmation last month, global streaming giant Netflix finally launched Android Games in Poland. Games are only available for the Android app of the streaming service and in Poland only.

The games will be added to the current subscription charges of Netflix and the streaming giant won’t be charging extra for the games as of now.

Currently, the company offers two games for users in Poland. Both these games are based on Netflix’s own original hit show Strangers Things and are named: Stranger Things: 1984 and Stranger Things 3.

The company said that there will be no ads and an in-app purchase in the games as of now. Additionally, users don’t need to pay extra for the gaming service. Both the games are included in the current subscription service for the users in Poland.

Today members in Poland can try Netflix mobile gaming on Android with two games, Stranger Things: 1984 and Stranger Things 3. It’s very, very early days and we’ve got a lot of work to do in the months ahead, but this is the first step. https://t.co/yOl44PGY0r

Upon opening the app, users will see the game name and link on the home page. Clicking on them will lead to the Google Play store page of the game. From where users can download these games. It is very bizarre that the company didn’t offer these games on a cloud. Users have to download them separately and need to log in through their Netflix account to play the games.