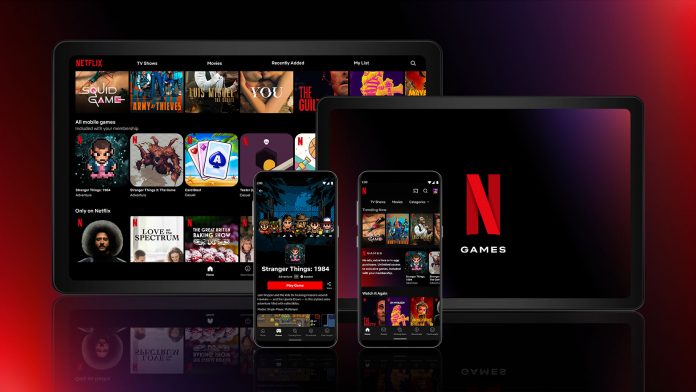 Netflix Gaming is finally here. The popular OTT platform has just announced five titles as a part of its gaming venture, available to play by all Android users now, worldwide.

Accessing the games need an active membership and an internet connection for downloading and playing. While Netflix hopes to increase the library, these games are not available to kids without a parental PIN.

Not long ago Netflix realized that video streaming shouldn’t be the only source of income, it’s now actively pursuing the new course – gaming. The OTT platform announced venturing into the gaming space based on its titles in July this year, and making it a reality now.

As per its latest announcement, Netflix is starting with five new titles – Stranger Things: 1984 (BonusXP), Stranger Things 3: The Game (BonusXP), Shooting Hoops (Frosty Pop), Card Blast (Amuzo & Rogue Games), and Teeter Up (Frosty Pop). All these games are made by different publishers that Netflix partnered with, and hopes to produce more soon.

All these are available for Netflix Android users right now but should have an active membership and an internet connection to access. Once in, you can see a dedicated section for games in the Android smartphone app, and in the drop-down menu on Android tablets.

While some can be played offline, others need an active internet connection to play so. Netflix clarified that these games are not available to kids as yet, but parents may let them access these with the account (parental) PIN if desired.

Also, the default language for all games will be English, unless you’ve opted for some other regional language. Finally, Netflix said these games are available to all profiles in a single account, so letting your family members and friends play at the same time on eligible accounts.