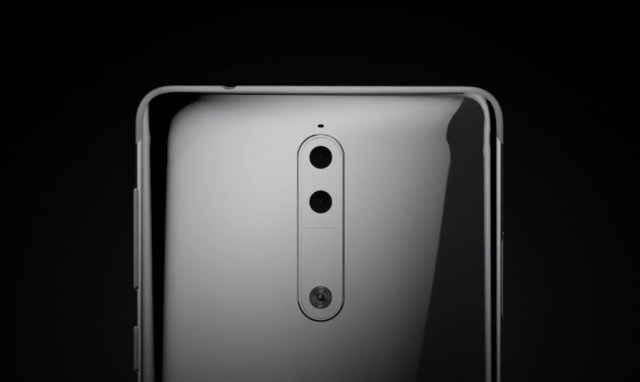 New year, it’s time for cellphone manufacturers to compete in presenting their newest products to decorate storefronts for both offline and online mobile stores in the country.

The new year is synonymous with new products, smart phones are no exception. The famous cellphone company of course continues to mix and innovate to create superior products to be able to compete fiercely win the hearts of potential customers. Not infrequently some manufacturers also try to move as fast as possible, for example by registering their products with institutions such as the FCC in the United States or TENAA in China so that when released immediately can be sold to the market. However, this step is in fact risky, product information that should not be known by the general public was leaked first through these institutions.

In our own country we also have almost the same rules, namely filing official permits before producers can pass sales regulated by the government and administered through the Directorate General of POSTEL (Directorate General of Post and Telecommunications) and the TKDN (Domestic Content Level) program of the Ministry of Industry. Speaking of TKDN, this year a new regulation has been set which requires the increase in the percentage of TKDN from 20% to 30%. This new rule turned out to make many manufacturers steal since last year to take care of product certificates that should be intended for sale in 2017. This can indirectly be arranged into sneak-peek presence of the latest products to Indonesia. However, there is one thing to keep in mind, the registration of a product in a certification body such as the Directorate General of POSTEL or TKDN, although it does not necessarily make the product absolutely available for sale in Indonesia, of course there are still many considerations to be taken by producers to finally decide whether to sell it to the market. or just be a guinea pig. Therefore I remind you, accept the list below as an estimate and an expectation. Let’s get started.

Apple
iPhone 7 & iPhone 7 Plus
It seems that many already know if Apple has finally invested in Indonesia by building a research center with a fantastic nominal. In addition to developing the talents of the country’s sons to build cutting-edge innovation, Apple’s other goal is certainly to trade. Apple is rumored to be selling the iPhone 7 series in Indonesia in 2017. As well as other products such as the iPad that happen to not be the main focus of this discussion. Regarding which variants will be sold is not yet certain, even so this is still a breath of fresh air for Apple product lovers, right?

ASUS
Zenfone 3 Zoom (Z01HD)
ASUS Indonesia is one of the producers that is quite aggressive in bringing its smartphone line to the country, at least almost 90% of their global products must end up being marketed in Indonesia. If last year they sold the Zenfone 3 series with various models, in 2017 this series will be the arrival of a new product, Zenfone 3 Zoom with model number Z01HD. This product already has a certificate printed both at the Directorate General of POSTEL and TKDN website.

Blackberry
Blackberry BBC100-1 (model number)
Ah Blackberry, the king who has now abdicated and is now anchored somewhere. But wait, this year Blackberry has finally prepared new ammunition for the local market in the country. In collaboration with a local cellphone manufacturer, Tiphone Mobile Indonesia Tbk, Blackberry made a new name titled PT. BB Merah Putih to make cellphones according to the needs of the people of Indonesia, with the model number “BBC100-1” this cellphone is being tested at the Directorate General of POSTEL and up to the time this news was written the status is in the SP2 test payment stage. It’s not yet known the common name, shape, especially the specifications of this phone, because this phone will only be sold in certain countries.

Huawei
P8 Lite (2017), P10
Huawei Indonesia is actually one of the coolest producers when looking at its movements in the mobile market in the country. They tend not to rush to enter the latest model here. In addition, there may be many considerations of model adjustments by Huawei, for example the P9 series is not entirely brought to Indonesia, only the P9 Lite and P9, without including the P9 Plus. Perhaps the same fate will occur with the Mate 9 series.

Returning to the main discussion, Huawei will prepare several new models with the following model numbers: CRO-L22, MYA-L22, PRA-LX2, TRT-LX2, VTR-L29, WAS-LX2. What makes me surprised, none of the model numbers above are listed on any certification sites other than the Directorate General of POSTEL and TKDN sites, meaning that very little information is obtained when processing these numbers. Fortunately, there is a piece of information that I got from one reliable source. Two of these model numbers are Huawei P8 Lite (2017) and Huawei P10. The Huawei P8 Lite (2017) has a PRA-LX2 model number that is believed to have the code name “Prague”, while the P10 has a model number VTR-L29 with the code name “Victoria”. Huawei P8 Lite (2017) has actually been announced at the CES event this January, for Huawei P10 has not even been announced for the global market though.

Lenovo (Moto)
Lenovo: K6 Power, K6 Note, P2
Moto: Moto M, Moto Z, Moto Z Play, Moto G5 (Plus)
A unique case occurred for Lenovo (and Moto) in Indonesia, as far as my monitoring in the last two years, Lenovo Indonesia is indeed the fastest when it comes to submitting product requirements before being released to the market. Unfortunately, in the end the registered products end up being guinea pigs and never officially sold despite pocketing a certificate from the government. I wonder what Lenovo Indonesia considered until finally canceled to sell its products. Quite a lot of products were neglected and ended up in certification bodies, for example Lenovo Vibe X3, Lenovo Phab2, Motorola Moto X 2nd Gen, and Moto G 3rd Gen.

In 2017, I hope Lenovo Indonesia will make an overhaul and develop a strategy to seriously bring the newest product. In the last two months, there have been at least seven models registered by Lenovo (Moto) Indonesia on the website of the Directorate General of POSTEL and TKDN. Lenovo K6 Power (K33a42), Lenovo K6 Note (K53a48), and Lenovo P2 (P2a42). While for the Moto line there are Moto M (XT1663), Moto Z (XT1650-03), Moto Z Play (XT1635-02), and Moto G5 Plus (XT1685). For the latter model, it hasn’t even been announced to the global market yet, hopefully this is an indication that when the global release is done, the launch to the country is only a matter of weeks. Hopefully.

LG
K10 (2017), X240K (model number)
I don’t get much when I type the word “LG” in the search field on the TKDN site or the Directorate General of POSTEL. There are only two types of mobile phones listed on the POSTEL Directorate General’s website namely LG-M250 and LG-X240K. Even for the identity of the LG – X240K could not be known at all because no information was found. Meanwhile, if you look for LG – M250, you will find a little information that this phone has specifications with a MediaTek MT6750 CPU with 2GB RAM configuration, which leads to the LG K 2017 series, precisely the type of K10 2017 which was launched recently.

Vivo
V5 Plus
Actually Vivo Indonesia will pretty much spawn new models in 2017. There are four new types with different model numbers, the four of them are vivo – 1606, vivo – 1609, vivo – 1610, and vivo – 1611. When viewed on the TKDN website, on the specification description it was revealed that all four of these phones are targeting different segments. The most awaited is probably the vivo – 1611 which will most likely have the common name Vivo V5 Plus. The cellphone, which is rumored to be launched on the global market at the end of January, will be equipped with a pair of front cameras, each with a resolution of 20 megapixels and 8 megapixels, and will certainly carry the frills of a selfie cellphone, a phenomenon that is rife for domestic mobile lovers.

Xiaomi
Redmi 3S, Redmi 4A, Redmi Note 4
Last year Xiaomi Indonesia seemed resigned to the TKDN rules set. While Xiaomi mobile phones with non-official guarantees are rampant in the market, Xiaomi Indonesia in collaboration with the Erajaya group is only able to issue two types of cellphones namely Redmi 3 Prime and Redmi Note 3 which are only 3G because of regulations. Not having a local assembly partner might be one of the main obstacles why Xiaomi Indonesia was unable to do much in 2016

This year Xiaomi Indonesia tried to get up by cooperating with local manufacturer Erajaya’s partner to assemble its cellphone. Observed from the TKDN website and the Directorate General of POSTEL, there are three products registered, namely Redmi 3S (MI – 2016031), Redmi 4A (MI – 2016117) and Redmi Note 4 (MI – 2016102). The presence of the three rumored mobile phones will appear in the second quarter of 2017.