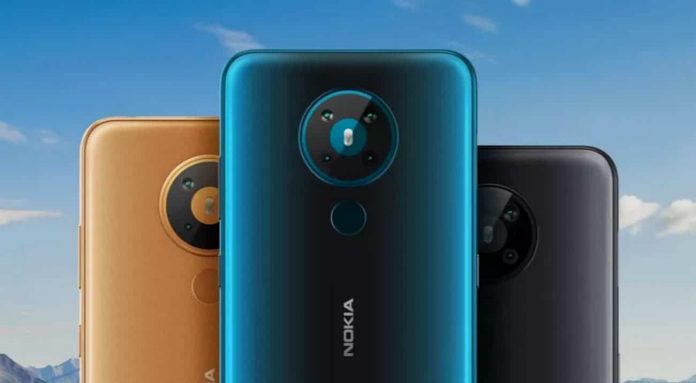 HMD Global, the manufacturer of the Nokia Branded smartphones, is working on Nokia 5.4. This device is the successor of Nokia 5.3 which launched in March this year. Nokia 5 series is a mid-range focused device and this new device will also be a mid-range.

This is an upcoming device and we haven’t heard about this until today. A blog named Nokia Power User, which is only a Nokia focused blog gave this news. They have shared some details about this upcoming device from the finish company. It is also expected that this device will launch a little early then its usual release time.

HMD will launch the device in two configuration options. There will be a 4GB + 64GB variant or 4GB + 128GB storage option variant. The next detail we will get is the colour option. There are two colour options for the device initially i.e. Blue and Purple. HMD might release with other colour options later.

The above-mentioned specs are the only details we will get at this early stage. There are no other details revealed yet especially about the chipset of the device. But it is expected that the device will be released with better hardware and internals than its predecessor.

On the rear side, there was a quad-camera in its predecessor so there will also be a quad-camera in Nokia 5.4. And similar to the Nokia device it will also come under Android One program. Means it will release with Android 11 out of the box and will get two years of the software update and three years of a security update. It will also get the software update earlier than most of the android devices from other OEMs.

According to the report, HMD is working on the device and might release it earlier than its usual date. So we could hear more about this device in the coming month.