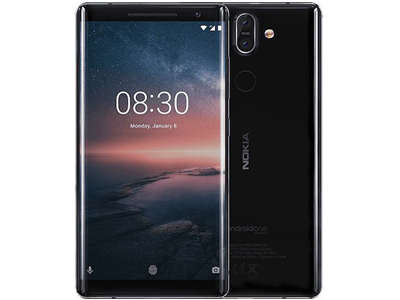 HMD Global strives not to be merely a cheerleader in the presence of giants. Finally revealed the veil of the Nokia 8, a cell phone that is projected to fill the top strata of a line of Nokia release phones under the auspices of HMD Global. It is hoped that not only piggybacking on Nokia’s big name in the past, what has HMD Global buried in this phone?

Bringing the distinctive design of the Nokia mobile phone output in 2017, the Nokia 8 looks identical to its siblings who were already born, Nokia 5 in particular.

At first glance, the Nokia 8 prioritizes the functional side and has not been tempted to follow the design direction of several other manufacturers with the bezel-less theme. Proven candybar design with rounded sides still faithful to be the language of this one cell phone design. Materialized in the 6000 series aluminum all over the body, the Nokia 8 is considered to have sturdy rigidity. 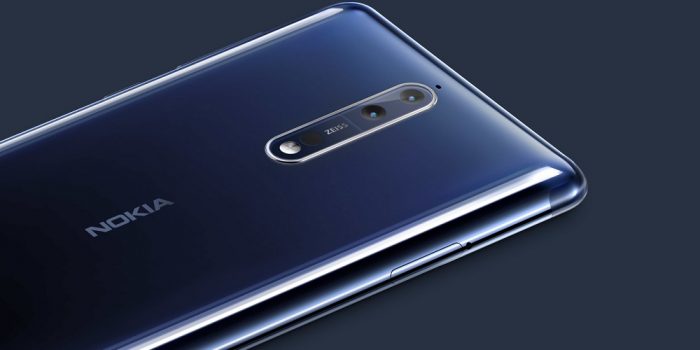 Compared to his brother mentioned earlier, a significant difference arises in the rear camera module which is now occupied by two camera sensors. The module is sweetened with the Zeiss logo, because as we know (or haven’t read yet here), thanks to the collaboration between Nokia and Zeiss, this Nokia 8 is the first Nokia Android phone to have camera specifications designed with the help of imaging companies the famous.

Like a flagship phone, Nokia 8 comes with a royal equipment. Powered by Snapdragon 835 in the pacemaker sector, the Nokia 8 was asked to be able to give the smooth performance of its competitors. While the 5.3-inch wide screen 1440p QHD resolution IPS panel type available in front. Unfortunately, Nokia is following the trend with the use of a screen with an 18: 9 ratio might be quite unfortunate for some people.

Behind you will find two 13-megapixel twin-resolution camera sensors with optics made by Zeiss. Both of these sensors have different configurations like cellphones made by Huawei such as P10 or Mate 9, where one of the sensors is an RGB color sensor that is equipped with OIS, while the rest are monochrome sensors to produce rich detail. For photographic facilities in the front, the same resolution camera is available, 13 megapixels with f / 2.0 aperture.

One unique feature regarding the Nokia 8 camera is the Dual-sight mode. This feature will utilize the front and rear cameras that will work together for certain functions, for example the user is holding a live broadcast via Facebook Live. Other features embedded in this phone include OZO audio support, features for video recording with improved audio quality. Also do not miss the complete connectivity support starting from two SIM card slot, microSD card for storage expansion, and the presence of NFC and 3.5mm audio connection is present as a complement.

Nokia 8 will be priced at 599 euros or around 9.4 million rupiah. Regarding its availability, HMD Global said that Nokia 8 has entered the shipping process and is ready to be marketed in September in certain countries.

Millions of Qualcomm Chipped Smartphones Are Vulnerable to RCE Exploit